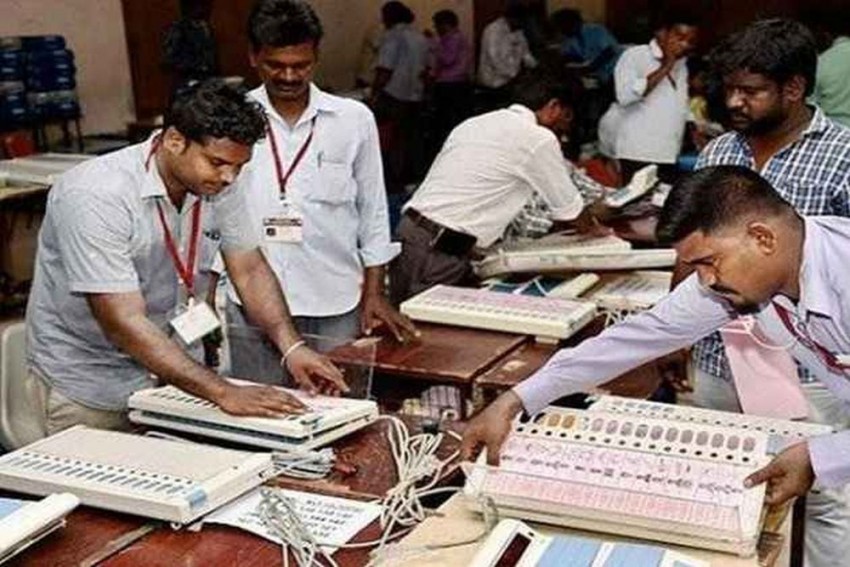 It was advantage BJP on Tuesday with the party leading in more than 40 seats as votes were counted for assembly by-elections in 59 constituencies across 11 states, including Madhya Pradesh where it was ahead in 21 seats, according to the Election Commission website.

The country’s ruling party was also ahead in all the eight seats in Gujarat for which by-elections were held and six in Uttar Pradesh, where seven assembly constituencies went to the polls in the first pan-India electoral exercise since the pandemic. The ruling BJP appeared set to retain six seats while the Samajwadi Party may get re-elected from the one it held earlier as counting of votes in the bypolls for seven Uttar Pradesh Assembly constituencies continued on Tuesday.

Counting for the voting held on November 3 began at 8 am and progressed in accordance with the Election Commission’s guidelines restricting the number of people in counting halls, officials said. Extensive measures were taken to ensure social distancing.

Counting for the polling held on November 3 began at 8 am and progressed strictly in accordance with the Election Commission’s guidelines, officials said. The number of people who can be present in the counting halls was restricted and extensive measures taken to ensure social distancing, they said.

It’s a high-stakes electoral battle, particularly in Madhya Pradesh where the BJP-led Shivraj Singh Chouhan government is locked in a fierce contest for survival with the Congress. Elections were held for 28 seats. The BJP which has 107 MLAs in the assembly, with an effective strength of 229, needs at least eight more MLAs for a simple majority.

According to trends on the Election Commission site, the BJP had won one seat in Manipur and was leading in two while the Congress was leading in one and an Independent in one.

In Jharkhand, the BJP was ahead in one and the Congress in the other.

The party was ahead in both the seats in Karnataka.

In Odisha, the state’s ruling Biju Janata Dal was ahead in both the seats for which elections were held.

In Nagaland, Independents were leading in both seats.

In the lone seat in Chhattisgarh, the Congress was leading. The party was also ahead in Haryana while the BJP was ahead in Telangana.