Congress deputy leader in the Lok Sabha, Gaurav Gogoi, talks about his party’s pre-poll tie-up with the AIUDF and how the eight-party alliance is planning to bring down the BJP. 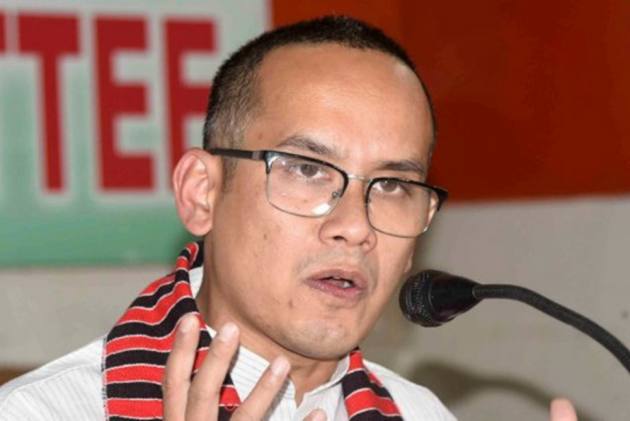 Two-time Lok Sabha MP Gaurav Gogoi, 38, has come a long way from being the shy young man who was thrust into politics by his father, the late Tarun Gogoi. And, for the Congress, the forthcoming Assam elections is the first in a long time without Gogoi senior at the helm. In a free-wheeling interview with Outlook, Gaurav Gogoi, the Congress deputy leader in the Lok Sabha, talks about his party’s pre-poll tie-up with the AIUDF and how the eight-party alliance is planning to bring down the BJP. Excerpts:

Q) The BJP is saying CAA is no longer an issue in Assam. Yet, the Congress-led alliance is seeking votes on this very issue. Will they resonate with the people?

CAA is the biggest symbol of betrayal by the BJP. It’s a threat to the people and the state, Assam’s identity. The people have realized it. The way the BJP government crushed the protests has left the people of the state in shock. Five innocent people were killed in police firing. People of Assam have not forgotten the brutality. CAA is definitely an issue, no matter what the BJP says. The BJP’s attempts to polarize voters on the issue will not work.

Q) The BJP has a long list of achievements about all the development work the government has completed.

What development? People are being forced to even part with their money from the Orunudoi scheme (under which the government gives Rs 830 a month to families with widows and physically-challenged members). BJP workers are taking cuts from the beneficiaries. We all know how this government functions, with two CMs. One on paper and one in action. Everything is in a mess. The self-help groups that flourished under the Congress government are falling apart, burdened by loans from micro-finance institutions. We are going to fix this mess.

Q) The Congress had been in power in Assam for a long time, including 15 consecutive years under your father till 2016. But the people rejected Congress. Why do you think the people of Assam will vote for the party again?

Yes, it’s true we were voted out of power. The people gave the BJP a chance but they blew it. The people are suffering because of this government. Look at the unemployment scene, inflation is sky-high. Women’s safety is a huge concern. All the promises that the BJP made, they failed to deliver.  People of Assam can now compare and see the difference that —only the Congress can provide good governance. Rhetoric can only help a government that much.

Q) What exactly are you promising the voters?

Ours are very realistic and doable goals. Like providing five lakh government jobs to the unemployed and reduction in power bills. We will also provide Rs 2,000 per month to homemakers and raise the minimum daily wage of tea garden workers to Rs 365. We intend to deliver on our promises as we have made them after careful consideration.

Q) The BJP has attacked your alliance with the AIUDF. The BJP says you have tied up with a communal party that is only concerned about protecting ‘illegal immigrants'. Will this harm your prospects?

The BJP can say anything it wants to but the people know the truth, which party is actually a communal party. We are not bothered by such attempts to polarise voters. The opposition parties are united and we are very confident that the people of Assam have seen through the diabolical game plan of the BJP. Voters are wise and they will vote wisely.