An FIR has also been lodged against the organisers and participants of the seminar where the fracas took place. 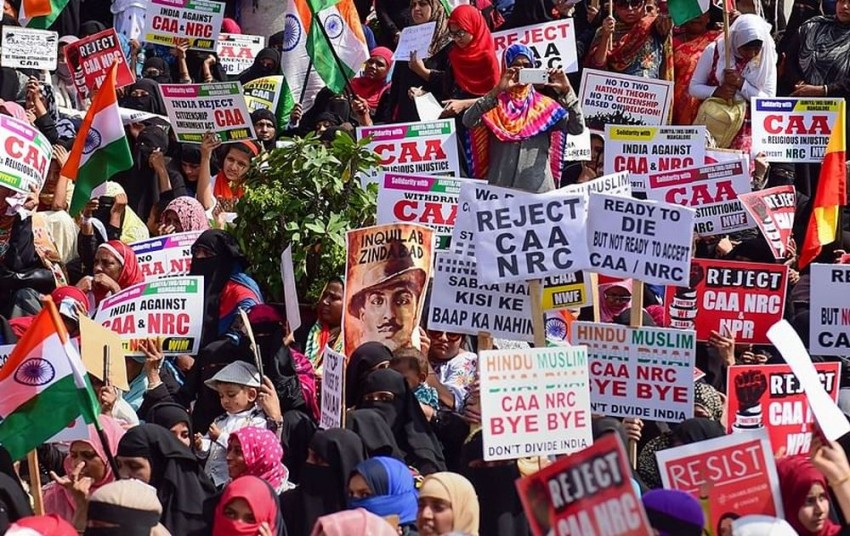 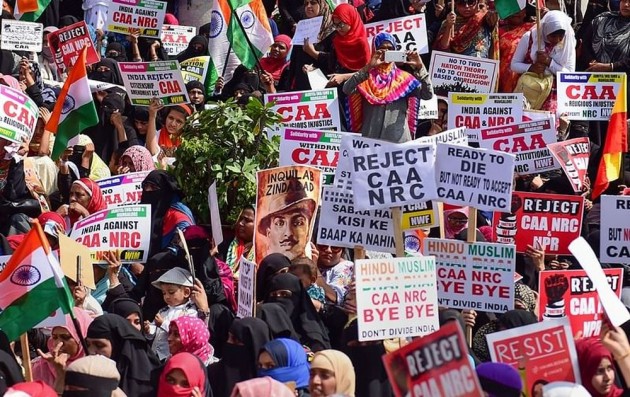 In the space of two days, the exultations over Kerala’s communal amity – prompted by the feel-good story of a Hindu couple getting hitched in a mosque on Sunday – on social media devolved into hate speech and also rape and death threats against a woman who “gate-crashed” a seminar on the Citizenship Amendment Act (CAA) in Ernakulam.

Footage of the incident, which took place on Tuesday at the auditorium of the Pavakkulam Shiva temple near the Vishwa Hindu Parishad state office, shows a woman, identified as Athira– who supposedly raised criticisms of both the Act and the Union Government at the invitation-only gathering – being cornered and hounded out of the hall by irate women.

After she replies in the affirmative when asked whether she was a Hindu, tempers flare further and Athira is threatened with bodily harm by a woman who remarks that “this is Hindu land and we will not hesitate to kill you”.

As the roughly 3.5-minute-long video went viral, prompting a war of words online, an FIR has been registered against Athira , a native of Thiruvananthapuram and working as a make-up artist in Kochi. She has been booked under IPC sections 477 (criminal trespass) and 294 (b) (uttering obscenities in public). Both sections carry three-month sentences and/or fines. SI Shammi, who heads the Women’s Police Station in the city, told Outlook that preliminary investigations had only just begun.

After being called in for questioning, it is learned that Athira also lodged a complaint, following which the police have registered an FIR against the organisers and participants of the event.

Assistant Commissioner of Police Ernakulam K. Lalji told Outlook that her statement had been taken and an FIR had been filed at Ernakulam Town North Police Station under the relevant CrPC provisions. “Both cases are currently under review. Appropriate action will be taken and further details will be released in due time,” he said.

Also Read: When The States Push Back

Meanwhile, Raju P. Nair, general secretary of the District Congress Committee, has petitioned the Commissioner of Police (Ernakulam) calling for a probe into the casteist and communal remarks allegedly made by the women.

“The FIR filed on the lady’s complaint did not reflect the communal nature of the abuses hurled against her. My petition seeks to rectify this by ensuring that the hate speech and communal angle is also investigated,” he said.

“Besides the deplorable comments in the video, I understand there were many speeches at the event that could be construed as inciting violence against a particular community. I urge the Chief Minister to investigate whether hate speech and unconstitutional statements were made,” Nair added.

However, C.V. Sajani of the BJP industrial cell and the co-ordinator of the event, told Outlook, “The Mathrusangamam (mothers meeting) was simply a class for women to educate them on the CAA. It is obvious that the woman had come, at the behest of some hidden parties, simply to antagonise the gathering. On the pretext of asking a question, she raised slogans and called for the destruction of BJP and VHP offices so as to save the nation.”

In the video, Sajani is speaking at the podium when approached by the woman. Soon after, Athira is surrounded as the hall rings out with cries of ‘Shame! Shame!’ Athira is then heard asking the women whether they were not ashamed of themselves.

“We told her she could speak if she agreed to be civil. But it was clear she had no intention to do so. Our members had to intervene before the situation got out of hand. The video doing the rounds on social media is edited. We have taken videos that have been turned over to the police as evidence that she was not acting alone. It is up to the police to ferret out her accomplices and get to the truth of the matter,” Sajani said.

Despite repeated attempts to contact her for comment, Athira – who seems to have switched off her phone numbers and deleted or locked her social media accounts – appears to be keeping a low profile at this time.