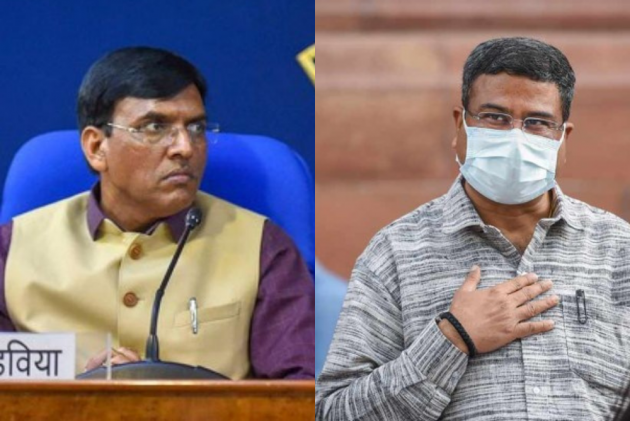 Several new leaders have been inducted as Union Ministers as part of the reshuffle of Prim Minister Narendra Modi's Mansukh Mandaviya will take charge of the Union Health Ministry while Smriti Irani will retain the Ministry of Women and Child Development.

Meanwhile, Dharmendra Pradhan will get the Education Ministry, while Hardeep Singh Puri will take charge of the petroleum portfolio.

BJP leader Jyotiraditya Scindia will head the Civil Aviation Ministry and Ashwini Vaishnaw will take charge as the railway minister. Sarbananda Sonowal will be the Union Minister for Ports, Shipping and Waterways, and will also head AYUSH.

Meenakshi Lekhi gets the MoS external affairs and culture portfolio.

Meanwhile, Anurag Thakur, who was elevated during the rejig will get the sports and the I&B ministries.

Dr Virendra Kumar will be the Union Minister for Social Justice and Empowerment.

The newly established Ministry of Cooperation will be headed by Amit Shah.