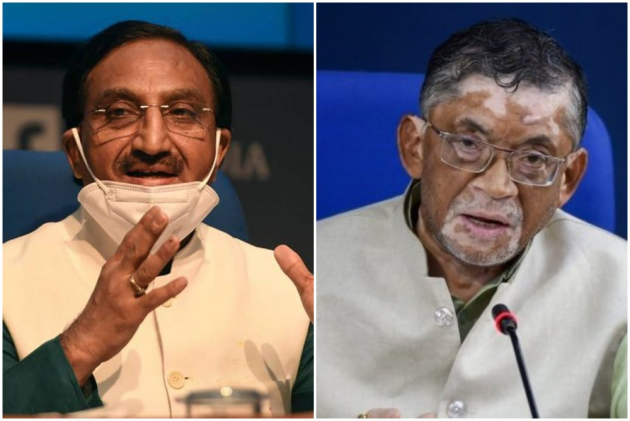 With a reshuffle of the Narendra Modi cabinet expected later in the day, resignations have started flying fast and thick with a number of Union Ministers resigning on Wednesday.

Union Education Minister Dr Ramesh 'Nishank' Pokhriyal has resigned citing health reasons, according to sources. As per reports, Union Labour Minister Santosh Gangwar has also resigned from the Narendra Modi cabinet ahead of the reshuffle.

Minister of State for Women and Child Development Ministry Debasree Chaudhuri also resigned from the Union Cabinet on Wednesday. Chaudhuri reportedly submitted her resignation this morning, one of her close aides said.

As a precursor to the impending Cabinet reshuffle, Union minister for social justice and empowerment Thawarchand Gehlot was appointed as the Governor of Karnataka earlier.

PM Modi is likely to induct around a dozen more ministers in the Cabinet, whose strength can go up to 81 members – that is 15 per cent of the Lok Sabha strength. The current strength of the Council of Ministers stands is 53.

Leaders who are likely to make an entry into the Cabinet include Jyotiraditya Scindia, Sushil Modi and Sarbananda Sonowal. R.C.P. Singh, JD(U) leader and a close confidant of Bihar chief minister Nitish Kumar may find a place in the Cabinet.

The new UT of Ladakh may get a representation in the Cabinet with the sole MP Jamyang Tsering Namgyal being inducted in the Cabinet. Sources say that Namgyal has impressed the party leadership with his eloquence.

The Cabinet expansion, which is expected on July 7, will be the first reshuffle since the Modi government returned to power for the second time in 2019. According to reports,  the oath-taking ceremony of the new Union Cabinet Ministers is set to begin at the Rashtrapati Bhavan at 7 pm and the official invitation for the same has been issued.

Ahead of the expansion on Wednesday evening, ministerial probables met PM Modi at his residence.