Siddhartha, the son-in-law of former Karnataka chief minister S M Krishna, was headed for Sakaleshpur but on the way he had asked his driver to go towards Mangaluru, according to the police. 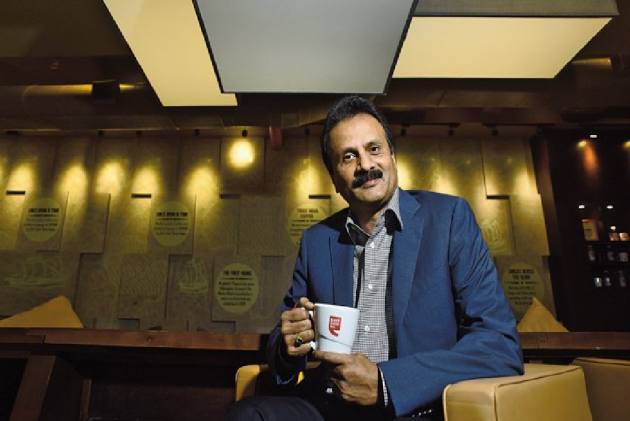 The police have launched a massive search for Café Coffee Day (CCD) founder V.G. Siddhartha, suspected to have committed suicide by jumping into the Netravathi river near Mangaluru.

"Search is on since morning. Siddhartha is suspected to have jumped into the river from a bridge on way to Mangaluru from Ullal on Monday night," Mangaluru Police Commissioner Sandeep Patil told reporters on Tuesday.

"About 200 people, including policemen, coast guards, divers and fishermen are engaged in the search around the area in the river where Siddhartha is suspected to have jumped into," Dakshina Kannada Deputy Commissioner Sasikanth Senthil said after visiting the spot.

Siddhartha, the son-in-law of former Karnataka chief minister S M Krishna, was headed for Sakaleshpur but on his way, he had asked his driver to go towards Mangaluru, according to the police.

Also Read: Who Is VG Siddhartha, The Owner Of CCD Who Has Gone Missing

Local fishermen, along with their boats, have also joined in the search operations.

"He (Siddhartha) asked the driver to wait until his arrival. When he did not return even after two hours, the driver approached the police and lodged a missing complaint," deputy commissioner of Dakshina Kannada district Senthil Sasikant Senthil told PTI.

"The help of local fishermen is being taken in the search. We are checking who he spoke to over phone," Mangaluru Police Commissioner Sandeep Patil said.

"Air Cushion Vehicle (H-198) is undertaking search in Nethrvathi River and providing support to CG diving teams. Three diving teams, along with the district disaster relief team, has been deputed to carry out search for the missing person," the Coast Guard said in a statement.

Congress MLA U T Khader, who reached the spot, told local news channels that the police were looking into "all angles". "The search is on," he said.

"I have failed as an entrepreneur," Siddhartha has said in a letter purportedly written to the Board of Directors and employees of Coffee Day Enterprises he founded.

"After 37 years, with strong commitment to hard work, having directly created 30,000 jobs in our companies and their subsidiaries, as well as 20,000 jobs in technology company where I have been a large shareholder since its founding, I have failed to create the right profitable business model despite my best efforts," he said.

"I would like to say I gave it my all. I am very sorry to let down all the people that have put their trust in me," he said.

Siddhartha said he fought for a long time but "today I gave up as I could not take any more pressure from one of the private equity partners forcing me to buy back shares, a transaction I had partially completed six months ago by borrowing a large sum of money from a friend".=

"Tremendous pressure from other lenders lead to me succumbing to the situation," he said.

Siddhartha, aged around 60, alleged in the letter purportedly written by him that there was a lot of harassment from the previous DG Income Tax in the form of attaching "our shares on two separate occasions to block our Mindtree deal and then taking position of our Coffee Day shares, although revised returns have been filed by us".