According to the Comptroller and Auditor General’s (CAG) report, the scheme which was meant to make Maharashtra drought-free, had “little impact in achieving water neutrality.” Shiv Sena attacks Fadnavis, asks him to introspect. 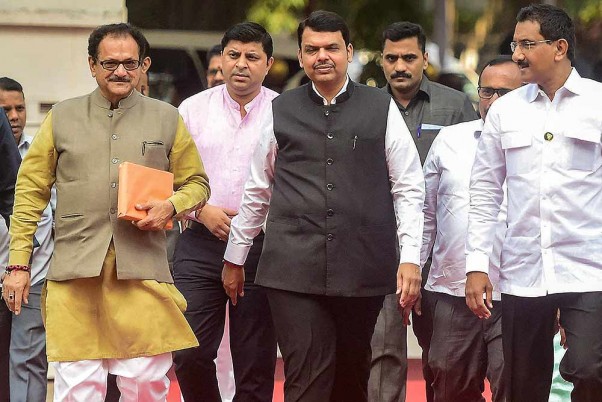 Latching onto the Comptroller and Auditor General’s (CAG) adverse remarks about the Jalyukt Shivar scheme rolled out by the previous Devendra Fadnavis government in Maharashtra, the ruling Shiv Sena launched a scathing attack on the former Chief Minister.

“The Jalyukt Shivar scheme had little impact in achieving water neutrality and increasing groundwater level, and its execution was characterised by lack of transparency,” the CAG said in its report tabled in the Legislative Assembly on Tuesday. With an intent to make Maharashtra a drought-free state, a sum of Rs 9,633.75 crore was spent on the scheme according to the CAG report. The project which has now been scrapped involved deepening and widening of streams, construction of cement and earthen stop dams, undertaking work on nullahs and digging of farm ponds.

Referring to the findings, the Shiv Sena said any scheme is good on paper, but the real question is about its transparent and effective implementation. “Had the implementation of the scheme been effective, water sufficiency would have been achieved in many parts of the state in the real sense, but it did not happen,” the Shiv Sena said in an editorial carried by the party mouthpiece, Saamana. Without directly naming Fadnavis, the editorial also questioned if those if those who had tom-tommed the scheme would introspect on the outcome now.