The court sought a detailed response from the government about the petitioners' claim that anti-CAA campaign was carried out using public money. 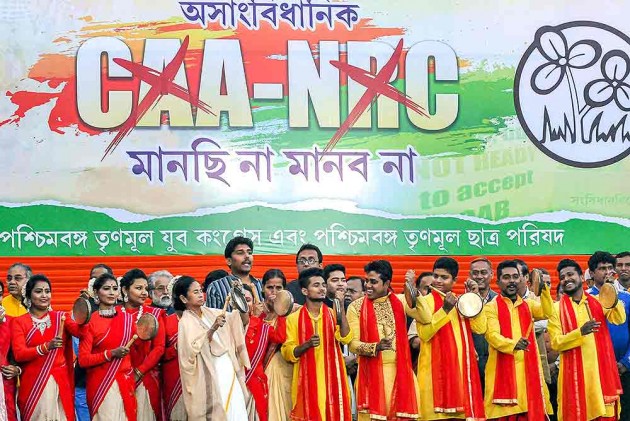 The Calcutta High Court directed the West Bengal government on Monday to suspend all media campaigns related to the Citizenship Amendment Act (CAA).

A division bench of Chief Justice TBN Radhakrishnan and Justice Radhakrishnan directed the state government to suspend the campaigns on CAA till the court gives its final orders.

The court also sought a detailed response from the state government about the petitioners' claim that campaign against the CAA was carried out using public money.

The bench, which has been hearing petitions on issues like state's campaign against the CAA in various forms of media, breakdown of law and order situation and damage to railway property, said the matter will be heard next on January 9.

Advocate General Kishore Dutta submitted before the court that law and order situation in the state is under control and suspension of internet services has been revoked.

The bench also asked the railways to give a detailed report on what action it has taken to prevent loss of public property and the monetary amount of damage caused during the violent protests.