Will Ajit Doval’s second term as NSA see India’s most-wanted gangster Dawood Ibrahim being ‘taken out’? After Uri surgical strikes across the line of control and the Balakote airstrike inside Pakistan in the first term, it’s target Dawood now. 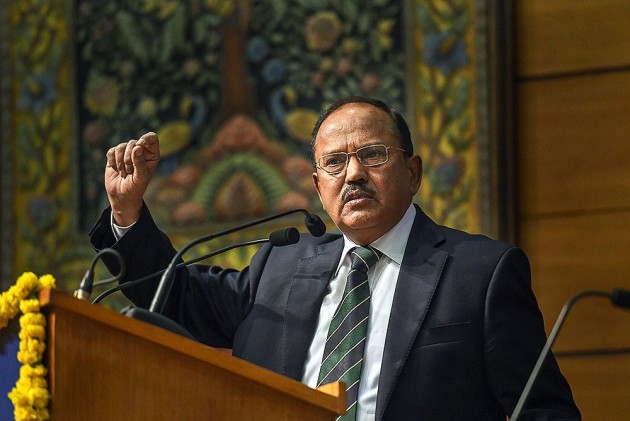 The reappointment of Ajit Doval as the National Security Adviser (NSA) for a second consecutive term means no let-up in Prime Minister Narendra Modi’s tough stance on matters of security, especially where Pakistan is concerned.

Doval, the quintessential intelligence man has got a bigger mandate from Modi government this time as he becomes the first NSA to be accorded a Cabinet rank “for his contribution in national security domain.” He played a key role in the Uri surgical strikes across the line of control and also in the Balakote airstrike inside Pakistan. He was also praised for his deft handling of Doklam stand-off between India and China.

The trust that PM has reposed in Doval is like a carte blanche he has got to do something that he has been trying for past over two decades – to take out gangster Dawood Ibrahim “dead or alive". The legendary intelligence official, Doval comes closest to being India’s very own James Bond.

Officials who have worked with Doval when he was head of the Intelligence Bureau (IB) claim that getting Dawood has been his one singular agenda for close to two decades. Doval, a 1968 batch IPS officer, worked very closely with then deputy Prime Minister L.K. Advani, who was also the Home minister. He had not yet become the Director of IB, and by all accounts had been working on a plan to get Dawood.

Officials close to him say that wherever Doval went and whatever work was assigned to him, he never lost track of Dawood, keeping tabs on his whereabouts and movements through his well-developed network of sources and informants. He is believed to have nearly pulled off an operation to eliminate Dawood in Dubai in 2005, after he had retired as DIB. The IB had sought his services to get the task done but it got botched up due to lack of coordination among security and intelligence agencies, with Mumbai police playing the spoilsport.

Now that Doval is part of a security establishment that has shown action can be taken inside Pakistan for national interest – Uri surgical strikes and Balakote air attack -- an Osama-like operation to take him out is well within the realm of possibility.