OCI citizens are of Indian origin, however, they are foreign passport holders and are not citizens of India. 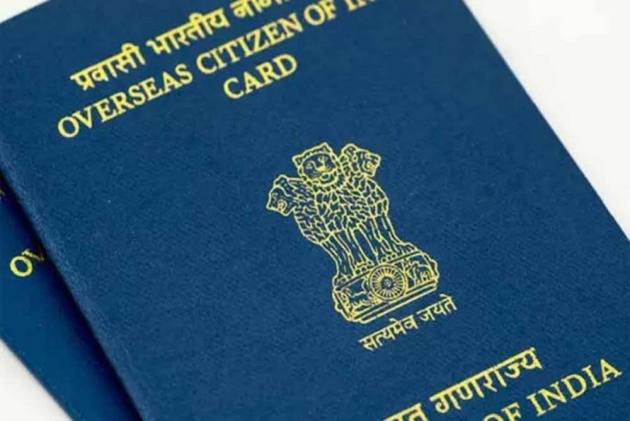 The Centre on Friday told the Delhi High Court that the foreigners registered as OCI cardholders because of their marriage to Indian nationals cannot continue to enjoy that status after their divorce.

OCI citizens are of Indian origin, however, they are foreign passport holders and are not citizens of India. India does not allow dual citizenship but provides certain benefits under Section 7B(I) of the Citizenship Act, 1955 to the OCIs.

The submission has been made by the Ministry of Home Affairs (MHA) while defending the decision of the Indian Embassy in Brussels, Belgium asking a Belgian woman to surrender her OCI card after the dissolution of her marriage with an Indian national.

The woman has challenged in the high court a provision of the Citizenship Act - section 7D(f) - under which a foreign spouse of an Indian national would lose Overseas Citizens of India (OCI) status on divorce.

Defending the provision, the MHA in an affidavit has said that the section under challenge makes a clear classification based on the intelligible differentia as it applies to foreigners who were registered as OCI cardholders on the strength of their spouse being a citizen of India or an OCI cardholder, and whose marriage has been subsequently dissolved.

"The provision has the object of cancellation of registration as an OCI cardholder of such foreigners as they are no more eligible under the Citizenship Act, 1955," the MHA has said in its affidavit filed through central government standing counsel Ajay Digpaul.

The ministry has said that the woman was issued a Person of Indian Origin (PIO) card by the Embassy of India, Brussels, Belgium on August 21, 2006 on the basis of her marriage with an Indian national.

She had legally divorced her husband in October 2011, and subsequently the PIO card issued to her on the strength of the marriage should have been cancelled, but it was not done at that time, the ministry has said.

It has further said that an OCI card was inadvertently issued to her in 2017 even though she was not married to an Indian citizen or an OCI card holder at that time.

The ministry has also claimed that the woman's OCI status has not been cancelled yet and she was only requested to surrender the card.

It has said that a reasonable opportunity shall be given to her to explain her stand before taking any action to cancel her registration as OCI cardholder.

The ministry has said that foreigners like the petitioners may apply for a visa under the prevailing laws and rules to legally stay in India.

The woman has contended that asking her to surrender her OCI card has no basis in law and "also violates the twin doctrines of legitimate expectation and promissory estoppel for the simple reason that she was already divorced when she received her OCI card on February 15, 2017.

She has said in her petition that she received the OCI card when the Indian government merged the Person of Indian Origin (POI) and OCI schemes.

"Hence, the concerned provisions of the Citizenship Act by way of which a foreign national married to an Indian citizen loses her right to hold an OCI card in case of divorce have no application to her whatsoever," she has claimed in her plea.

She had received her POI card in 2006 and it was valid till August 2021, the petition has said and added that she had divorced her husband in 2011 which was communicated to the Indian embassy in Belgium in 2016.

She has also said that she has a daughter, who holds an OCI card, with her ex-husband and since during the prevailing pandemic tourist travel to India is not possible, their only hope of coming here to meet relatives was the OCI card.

"There is also the very real chance that if the daughter of the petitioner travels to India and is stranded because of some sudden travel restrictions that might be imposed, the petitioner might end up getting separated from her on a medium-term basis," the petition has said.