Can Mamata Be Modi's Alternative? Here's 5 Reasons That Are In Her Favour, And 5 That Go Against Her 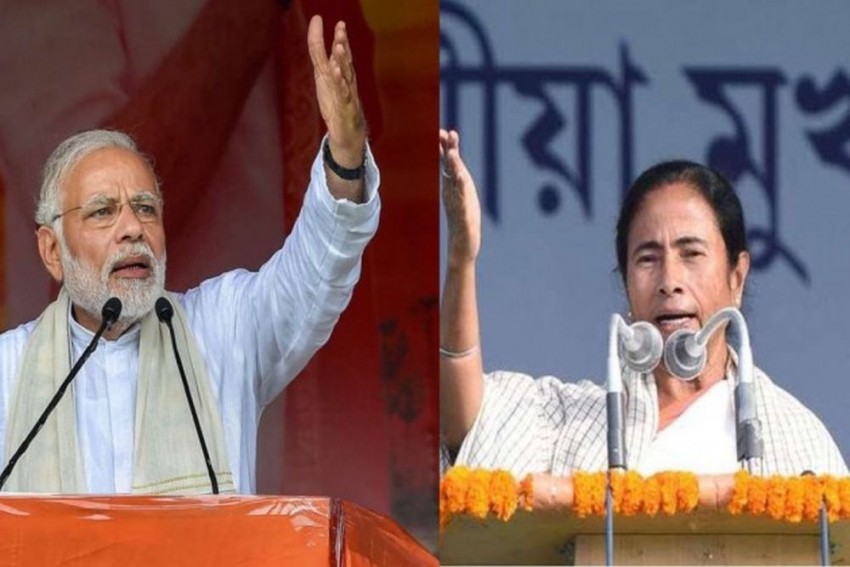 Mamata Banerjee is scheduled to take oath as the third-time chief minister of West Bengal on May 5. Her spectacular victory has catapulted her on top of the line-up of Opposition leaders, waiting to take down the BJP. They now believe that the formidable election machinery of the BJP, led by Prime Minister Narendra Modi and home minister Amit Shah, can be defeated in 2024 Lok Sabha elections. But can Mamata be the glue that can join the disparate parties including the Congress?

Five Reasons why Mamata can lead the Opposition to take on the BJP at Centre:

1) Mamata has emerged as the undisputed leader of one of the biggest states in the country that sends 42 MPs to Lok Sabha, next only to Uttar Pradesh (80) and Maharashtra (48).

Who Bears The Cost Of The Pandemic

2) She is fearless and has shown that she does not get cowed down by hardball tactics employed by the BJP leaders.

3) There is no other leader of her stature among the Opposition parties who can be the rallying point. Other leaders, who were earlier considered to be contenders, are no more in reckoning. These include Nitish Kumar, who is in alliance with the BJP, and much diminished as a leader. Naveen Patnaik, though one of the longest serving chief ministers in the country, does not commandeer a state (Odisha) as big as West Bengal and is not in the best of health. AAP leader Arvind Kejriwal, who is believed to be positioning himself as Modi’s alternative, has limited presence in the country. NCP leader Sharad Pawar, now 80 years-old, is not seen as a viable option. SP leader Akhilesh Yadav and BSP supremo Mayawati have not shown the fighting ability of Mamata, and buckled against BJP’s might.

4) Congress has time and again failed to rise to the occasion in taking on the BJP, not showing any will to fight and win. At this juncture, opposition parties have little faith in Congress leadership of the Gandhis.

5) Mamata has shown on several occasions earlier that she is keen to get the Opposition leaders together. Several leaders, including RJD chief Lalu Prasad Yadav, Nitish Kumar, Kejriwal, then UP chief minister Akhilesh Yadav and NC leader Farooq Abdullah had attended her swearing-in ceremony in 2016. More recently on March 28, she wrote a letter to leaders of 14 opposition parties in which she raised questions about Centre’s attack on federalism, urging them to come together to defeat the BJP after West Bengal elections.

Five reasons why Mamata will find it difficult to lead the Opposition charge against the BJP at the Centre:

1) It is one thing to win state elections, and quite another for a regional party leader to lead a disparate Opposition to victory against the BJP at the national level.

2) Each leader of an Opposition party comes with his/her ego and baggage that Mamata may not be able to reconcile, and take them altogether.

3) The grand old party, Congress, maybe in doldrums and its lowest political ebb, it is not likely to subsume itself under an umbrella leadership of Mamata Banerjee or any other regional leader at the national level. Even though it itself is not in a position to be accepted as the node for all other parties, given its dismal performance in the concluded Assembly elections.

4) The BJP may have failed to wrest West Bengal from TMC but it has definitely made gains in the state and retained Assam. It can definitely not be underestimated and expected to buckle against a loose opposition unity.

5) The BJP has managed to change the political narrative of the country by injecting Hindutva ideology into it. Mamata and other parties will find it difficult to find common ideological ground to take on the BJP – whether to oppose it or adopt a softer version like Kejriwal. The Congress had to give up the temple run undertaken by Rahul Gandhi after it failed to reap any political dividends.