'There is freedom of speech inside the House and there is no doubt in that. But take an extreme case where an MLA whips out a revolver inside the state assembly. Will that not call for prosecution of that member?', asks the bench. 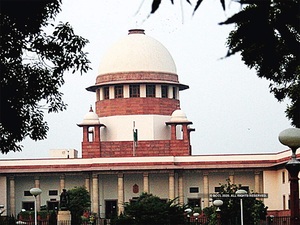 The Supreme Court  on Thursday raised a very crucial question regarding an MLA's authority to whip out a revolver in a State Assembly without facing any legal prosecution or getting arrested by the police.

The apex court projected this question while a hearing was going on in connection to the Kerala government's plea seeking cancellation of legal proceedings against six LDF members. Back in 2015, the members were booked for inappropriate behaviour inside the Assembly .

A bench of Justices D Y Chandrachud and M R Shah which reserved the verdict on the plea, asked the Kerala government that was it a public justice to seek withdrawal of cases against the House members who had damaged public property inside the sanctum sanctorum of the democracy.

“There is freedom of speech inside the House and there is no doubt in that. But take an extreme case where an MLA whips out a revolver inside the state assembly. Will that not call for prosecution of that member? Can one say that he cannot be booked as the act was inside the House and was a kind of protest? We understand that this scenario will not happen due to the security measures taken these days but it’s an extreme example,” the bench said.

It added however that the point to be examined was whether the withdrawal of application was advancing any public interest, as public property including the speaker's chair was damaged and the government is custodian of public property.

During a lengthy hearing, senior advocate Ranjit Kumar, appearing for the state government, said that the incident happened in 2015 when there were allegations of corruption against the state government and the finance minister was about to table the budget in the House.

The bench said that even in courts many-a-times there are heated arguments in a charged atmosphere between two lawyers or even judges and lawyers but can that justify destruction of property.

Kumar said this was a case of political manifestation as it was a protest and right to protest is also a kind of speech that is recognised in the House, which has its own rules.

He said the FIR lodged by the Legislative Secretary did not have any Constitutional backing as the Speaker has not given any sanction and to give quietus to the matter, the present government has moved an application for withdrawal of the prosecution.

Kumar said the act of the members of the House was covered under Legislative Privileges and the authority to take action against them vests with the Speaker of the House and not the Legislative Secretary.

He submitted that once the Speaker had taken action against them for breach of code of conduct in the present case they were suspended for a week from the house and therefore, the criminal prosecution was unwarranted.

Senior advocate Jaideep Gupta, appearing for some of the accused MLAs, said there is new government in place now and if the public prosecutor feels that it was a political issue, then it can be a ground for withdrawal.

Senior advocate Mahesh Jethmalani, appearing for intervenor, opposed the withdrawal of prosecution and said that privilege cannot be claimed for destruction of public property.

“Privileges are not given for being an MLA but for being elected representative of the people. It cannot be the case that an elected member has the privilege to destroy the public property, abuse the speaker or damage his chair. These activities cannot be adjuncts of free speech,” he said.

Jethamalani said that privileges are those rights which are necessary for the house to perform its functions and enables the member to discharge his duties and no one enjoys any privilege from any criminal prosecution.

The top court had on July 5, said it has to take a “strict” view of unruly behaviour of lawmakers in Parliament and Legislative Assemblies as such incidents are "increasing now-a-days" and this sort of conduct cannot be condoned.

One of the pleas was filed by the Kerala government which has challenged the March 12 order of the high court dismissing its petition seeking withdrawal of a criminal case registered in connection with the ruckus inside the state Assembly in 2015.

The state Assembly had witnessed unprecedented scenes on March 13, 2015 as LDF members, then in opposition, tried to prevent then finance minister K M Mani, who was facing allegations in the bar bribery scam, from presenting the state budget.

Besides flinging the speaker's chair from the podium, electronic equipment like computers, keyboards and mikes on the desk of the presiding officer were also allegedly damaged by the LDF members.

The case, which also involves V Sivankutty who is a minister in the state, was registered against a group of then LDF MLAs and others.

In its plea filed in the apex court, the Kerala government has claimed that the high court had failed to appreciate that the alleged incident had occurred while the Assembly was in session and no crime could have been registered "without previous sanction" of the speaker.