Cell-free DNA is also called pre-symptomatic cancer testing which can predict if an individual will develop cancer in near or distant future. 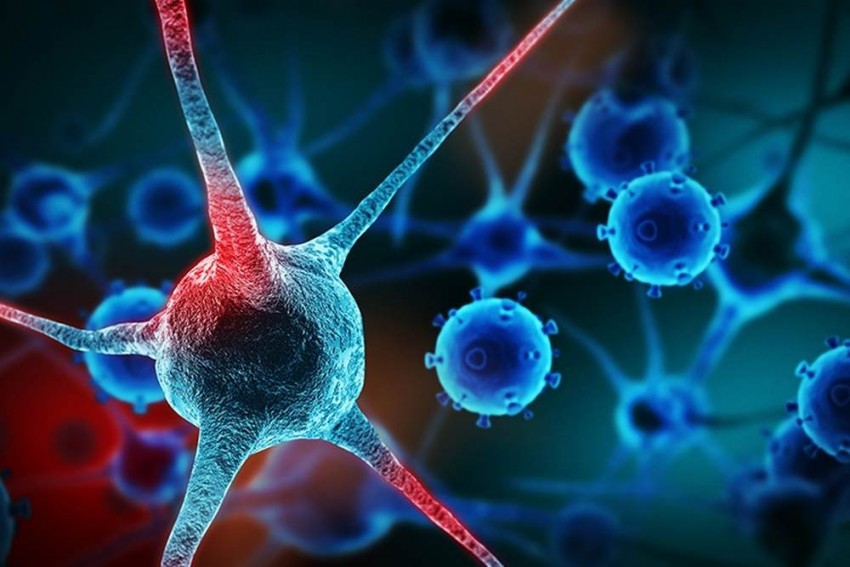 Cancer and its various forms have emerged as one of the biggest killers for humans. Medical science is focussing on diagnostic technologies that can identify cancerous cells at an early stage.

The latest ongoing research relates to a cell-free DNA testing which can predict in advance if a person can develop Cancer in future. So far as cancer diagnostic technology in India is concerned, oncologists say that it is based on two broad division of cancer – hereditary and non-hereditary.

“One test can tell you if your parents or ancestors had cancer, what is the possibility of you developing it at any stage of your life. The second test can tell you whether you have developed any cancerous tumour in the body due to behavioural reasons like smoking, drinking etc. These two tests and treatments based on the tests are available in India right now,” Dr Rahul Bhargava, Director and Head, Haematology and Bone Marrow Transplant, Fortis Memorial Research Institute, Gurugram, said.

“The third technology is cell-free DNA testing which can predict if a person will develop cancer in future. But this hasn’t become the standard of care because it is still at a pilot phase in developed countries like the USA and Europe," he added.

When cancer is inherited across generations

When the change in DNA is inherited across generations, experts call it germline mutation.

So, if an individual’s ancestors (be it father, mother or grandfather) had cancer due to mutation in their genes, the diagnostic technology can find out if the individual will also be predisposed to that cancer.

“It is not necessary that I will 100% get it, but the risk is much higher than the average population. Now, the tests are there to detect these changes. About 40% of breast cancers have heritable changes,” Dr Vedam Ramprasad from MedGenome labs says.

There are only about 25 laboratories in India which conduct genetic testing for DNA mutations and all of them are in big metro cities. Experts say that all cancers are not hereditary. Breast, ovarian, prostate, colorectal etc are caused by mutations in the blood and so these are termed as hereditary cancers.

“Lung, some of the brain tumours, set of pancreatic cancers etc. fall in none hereditary category. 99% of lung cancers are not inherited. 70% comes from smoking and rest 30% comes to non-smokers also,” he said.

As far as testing accuracy is concerned, experts say that when somebody follows a proper methodology and proper way to identify a disease-causing mutation in an individual, in 90% of the cases individuals are found to have developed cancers.

The second type of testing is tumour testing. A person who smokes a lot can develop carcinal mutations in which lungs cells are affected due to tobacco.

So, in this case, doctors use the tumour tissue for testing, which means the biopsy is sent to the pathologist. The pathologist then confirms if this is a non-small cell lung cancer in which case it is further sent for DNA testing. DNA testing checks for the mutations which caused the cell to become malignant or cancerous. These mutations don’t pass from one generation to another.

Oncologists say that there is no test which can detect a tumour in the body at a very early stage and that’s the biggest problem with behavioural cancer.

Cell-free DNA testing will be path-breaking

It is also called pre-symptomatic cancer testing which can predict if an individual will develop cancer in near or distant future. It is based on the fact that when human cells die, they release some DNA which circulates in the blood.

So, if a person has a tumour anywhere in the body, the cell of tumour releases DNA in the blood. These DNAs have a life of a few hours.

The Cell-free DNA technology can capture this DNA and indicate whether the malignance of the tumour can develop cancer in a predictable time span. “So if this technology can do it, it is path-breaking. We can identify it in advance and plan treatment accordingly,” said Dr Bhargava.

But experts feel that there are a lot of challenges ahead before this technology is commercially available to benefited people.

“Lots of work is happening on cell-free DNA testing. But the biggest problem is that there is cell-free DNA even otherwise in the blood circulation. Once the cell fragments, it circulates DNA in the blood. What is the relative importance of tumour cell that breaks down and becomes DNA or a normal cell breaks down and releases DNA in blood,” said Dr Subramaniyam Rao, Director and Head of Surgical Oncology, Basavatarakam Indo American Cancer Hospital & Research Institute.

He added, “They are not able to understand this. It is in progress. If we can achieve that then it will become a simple test.”

“Unless Cell-Free DNA testing is proved to be better than the existing tests and helps diagnose cancer at an earlier stage with symptoms, it will never become the standard of care.”