'Can't Be Aatmanirbhar By Being Hostage To Import Procurements': Lt Gen Subrata Saha On Ban On 101 Defence Items

Former Deputy Chief of Army Staff Lt Gen Subrata Saha (Retd) tells Outlook that the Defence Ministry's decision to ban the import of 101 items will give a boost to the private sector. 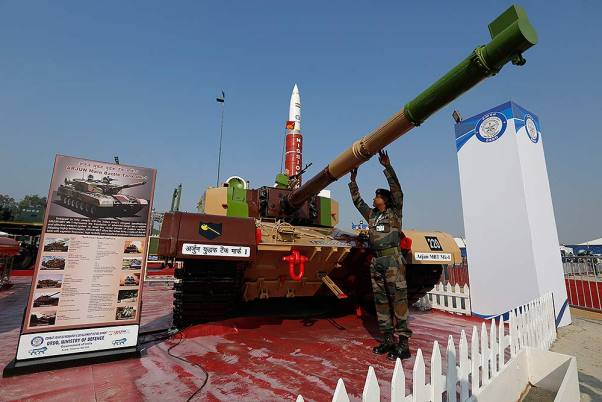 Union Defence Minister Rajnath Singh on Sunday announced that the government will introduce an import embargo on 101 items to boost the indigenisation of defence production in India. The move is in line with PM Modi’s Armanirbhar or Self-reliant India initiative. Lt Gen Subrata Saha (Retd), former Deputy Chief of Army Staff, says this ‘ban on import’ should give a boost to the private sector. In conversation with Outlook, Lt Gen Subrata Saha (Retd), who is a member of the National Security Advisory Board, speaks on the significance of the move and whether Indian defence industry is prepared to build tools for combat to meet the needs of the forces, and more. Excerpts:

How soon will the ban on defence items be imposed, which would be first items to be banned?

There are only a few items in which we have 100 percent indigenous capability. The first list (import ban by December 2020) includes complex systems like artillery guns, sonar systems, transport aircraft, light combat helicopter, radars and many others which are at various stages of development by DRDO. In some cases, even the industry partners are yet to be identified. Strict implementation of the timeline would therefore be both challenging and critical. This would imply defining clear cut accountability for implementation. A good independent and neutral mechanism for monitoring indigenous content must be put in place to achieve the policy intent.

According to the Draft Defence Procurement (Acquisition) Procedure (DPP) 2020, which is a modification of the DPP 2016, the procurement of these 101 items should take place through either of the two categories - Buy Indian - IDDM (Indian Design Developed and Manufactured) and Buy (Indian).

‘Buy (Indian-IDDM)’ refers to the procurement of products that have been indigenously designed, developed and manufactured with a minimum of 50% Indigenous Content on cost basis of the base contract price i.e. total contract price less taxes and duties.

‘Buy (Indian)’ refers to the procurement of products from an Indian vendor which may not have been designed and developed indigenously but have 60% Indigenous Content on cost basis of the base contract price.

Considering that it is an ‘import ban’ even ‘Buy & Make (Indian)’ should be prohibited. ‘Buy & Make (Indian)’ refers to an import initially by an Indian vendor engaged in a tie-up with a foreign original equipment manufacturer, followed by indigenous production in a phased manner involving Transfer of Technology.

All the other categories of procurement from foreign vendors should be prohibited like, Buy and Make, Buy (Global - Manufacture in India), Buy (Global), Inter Government Agreement, Foreign Military Sales etc.

It is important that this ‘no import ban’ is followed up by a progressive reduction of the import component if we wish to achieve any worthwhile degree of self-reliance. This will require a lot of investment in R&D, industry, particularly SME, and academia.

This will also give a boost to Indian private sector to get into defence manufacturing. Which are the companies that can get into this area soon?

To boost the private sector, it is crucial to have a level playing field for public and private sectors, encourage more SME participation and private sector (industry and academia) involvement in innovation, research and development. It is equally important to lay down self-reliance objectives for critical components and material technology. India’s software industry needs to be incentivised to participate in defence systems. Algorithms integrate various sub-systems/systems of defence equipment, where self-reliance could be the battle winning factor. India lags in chip technology. In defence systems, the requirement gets more challenging due to specifications of ruggedness, extreme temperatures and minimizing size. The trend is shifting towards systems on chips. Defence could well lead the way by focusing our IT industry towards this field.

Given the types of equipment systems and timeline for implementation of the ‘no import’ list, the procurement procedure will have to be modified to ease single source procurements for many of the items. Built in cost checks work better than the L1 (lowest price bid) system. We can take a leaf out of the acquisition procedures of UK, USA, and France to enable industry to invest in R&D with some assurance of returns. ‘Price Indexing of Technology’ must be undertaken by the Services with help of technology experts and cost managers, to get the best technology and value for money in procurements, strategic partnerships, as well as Make programmes.

Do you think this decision may affect India's relations with countries like the US, Russia, and France with whom we have defence ties?

For too long we have used defence import as leverage for strategic relationships. The price of such flawed determinants of international relations is unaffordable. We cannot be Aatma-Nirbhar by being hostage to import procurements. This crisis to crisis emergency import procurements have denied growth of the defence industry and military capability. Life cycle sustenance of many of our equipment has become a nightmare.

The announcement today is a follow-up of the Make in India announced on Independence Day 2014 by the Prime Minister and the call for ‘Aatma-Nirbhar Bharat’ made on May 12, 2020.  Many of these foreign countries have invested in India, in pursuance of the policy changes. They are prepared to set up joint ventures or FDI provided there is an assurance of orders. The ‘ban on import’, followed by specifics of demand and specifications should encourage investments.

It is important to understand that unless there are strong financial incentives, no country will share critical technologies. It would be naive to expect leading technologies to come in without substantial orders and the freedom to export.

How much will India save on defence spending if we make these 101 items ourselves?

According to the press release issued by the MOD, almost 260 schemes of these items were contracted by the three services at an approximate cost of Rs 3.5 lakh crore between April 2015 and August 2020. With the latest embargo on import of 101 items, it is estimated that contracts worth almost Rs four lakh crore will be placed upon the domestic industry within the next five to seven years. Of these, items worth almost Rs 1,30,000 crore each are anticipated for the Army and the Air Force while items worth almost Rs 1,40,000 crore are anticipated by the Navy over the same period.

That detail is purely in financial terms. If you consider the technology leap, number of jobs created, associated progress in the defence industrial corridors and other industrial hubs, the spin-offs are manifold. With the kind of domestic demand, there is no reason why India must hover around the top of the defence importers, rather than becoming a net exporter. Many senior executives and technological resources of the global defence industries are people of Indian origin. Many of them have studied in academic institutes in India but have gone abroad in search of a better working environment and contribute to other national economies. Even if it means some short-term sacrifice, I think India must come together to take advantage of its defence sector rather than allowing it to remain a drain on the economy till perpetuity.

'Was Asked If I Am Indian As I Don't Know Hindi': DMK Leader Kanimozhi Alleges Bias