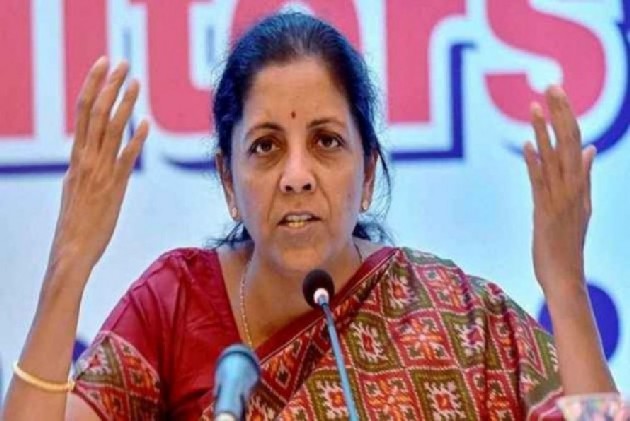 Finance Minister Nirmala Sitharaman on Friday said that she was sorry that Goods and Services Tax (GST) didn't meet people's expectations but that can't be a reason to "damn" it.

"In this country after a long time, many parties in Parliament and all the states worked together and came up with the Act. Based on some experiences, we cannot call what a god damn structure is this," she said, responding to one of the attendees raising his concern over the GST.

"I wished from day one, that it (GST) met with your satisfaction but I am sorry that it did not meet with your satisfaction. We cannot damn it... it was passed in Parliament and all the State assemblies. It might have flaws; it might probably give you difficulties but I am sorry, it is the 'kanoon' of the country...I appeal to you to work together so that we have a better framework if it is giving problems now," said the minister.

The man in the audience, while claiming to be associated with a Cost Accountant Association in the city, said: "Everyone is presuming GST should be Goods and Simple Tax. We know the objective of doing business. You wanted to reduce the complexity of law, litigation and corruption. You also want a smooth administration. And the government is interested to increase revenue."

"If those concerns are addressed even without changing the law's structure at all, it will reduce a lot of the burden and everybody will be happy in that. Then it will be termed as Goods and Simple Tax. As of today, everybody including industries, consultants and auditors are cursing the government (for GST)," said he.

The Finance Minister has also given him time to meet her in Delhi and discuss the issue. GST was launched across the country with effect from July 1, 2017.