Four members of a family were killed in a freak accident after their car crashed and fell into a well in Gujarat on Sunday. 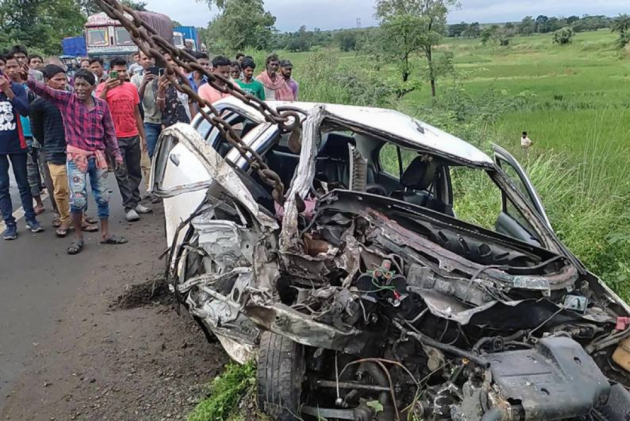 Four members of a family in Gujarat were killed in a freak accident after their car crashed and fell into a well in the state's Morbi district. The deceased include two women and two minor boys. At the time of the accident, the rented vehicle contained a total of seven persons including the driver. As per reports, the driver fell asleep on the wheel, causing the accident.

While the driver as well as Ahmedabad resident Ratilal Prajapati, 69, and his son Dinesh, 43, managed to survive the accident, Prajapati's wife Manjula, 60, daughter-in-law Meena, 43, and grandsons - Aditya, 16, and Om, 7, - got stuck in the drowning car and could not be saved.

Based on a complaint lodged by Prajapati, the Wankaner police registered an FIR against the unidentified driver, who fled from the spot after the accident, on charges of rash driving and causing death by negligence, he said.

Efforts were on to nab the car driver, he added.

As per the FIR, the Prajapati family had hired the car to visit various pilgrimage sites in Saurashtra region, such as Somnath and Dwarka, and had set off on the journey three days back.
On Sunday night, when the family was coming to Wankaner from Rajkot to meet a relative there, the car fell into the well, said the FIR.

The car driver allegedly ran away instead of helping Prajapati and his son in saving their family, the police said. The car and the four bodies were later fished out from the well.