'Atrocities are still happening against backward communities. Though there have been government interventions to end caste- based discriminations from the society, we are yet to see any positive result.', said Ramdas Athawale 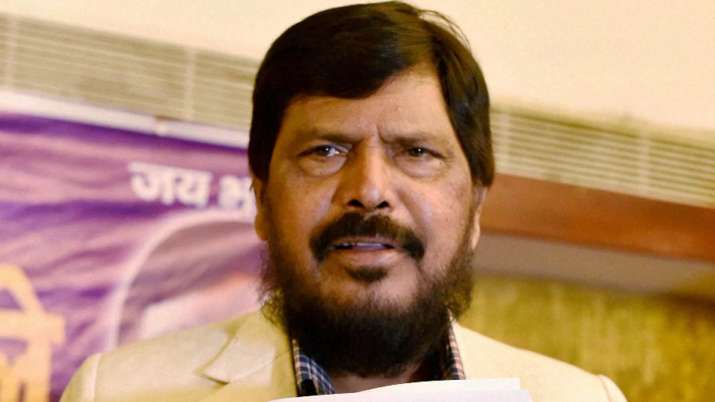 Union Minister of state for Social Justice and Empowerment Ramdas Athawale spoke to Outlook about why he is in favour of conducting a nation- wide Caste Census.  Excerpts

Q) Some of NDA Allies including your Republican Party of India (RPI-A) have been demanding a caste- based census whereas the government informed the Parliament in July that it won't conduct a caste based survey.

Our party has always supported caste- based census. I have raised the issue in Parliament many times before as a Parliamentarian. Caste is a reality and we cannot wish it away. A caste- based census is not going to breed casteism. In villages, even a five-year old is aware about the caste identity of other children. Atrocities are still happening against backward communities. Though there have been government interventions to end caste- based discriminations from the society, we are yet to see any positive result.

Our party’s position that all castes should be enumerated to understand the exact percentage of various caste groups. I am not demanding that only OBCs should be counted. Once all the castes are enumerated, we will know the percentage of each of them and their levels of deprivation. For these reasons, the government should consider conducting a caste census.

Q) But the Union government is non- committal about a caste survey.

The government has not taken any decision regarding caste census. They are still mulling about it. The demand for caste census has been raised by many parties.

Q) The Centre has appointed Justice Rohini commission in 2017 for subcategorization of OBCs. But the commission report is not yet out and it has been given 11 extensions so far.

The commission has been appointed by the Social Justice Ministry for sub categorization of OBCs. Some of the castes in OBC s are in worse condition than of SCs and STs. Rohini commission is studying about various caste groups and how they are placed. Efforts are being made to publish the report soon.

Q) There is a perception that political parties, when in power, are wary of caste census as it will upset the social structure.

Along with OBC, if caste census is done for all communities including general category, there won’t be any trouble.

Q)If a caste census is done, do you think the 50 per cent reservation cap will stay?

The Union government has recently amended Article 342 (A) of the Constitution to restore the power of states to identify OBCs and Socially and Educationally Backward classes to be included in the state list. The Supreme Court already has set a limit of 50 percent for reservation. Now states can decide whether to raise the reservation cap or not. Tamil Nadu has had 69 percent reservation since 1990. It is up to the states now. In many parts of the country including Maharashtra, Rajasthan, Haryana, and Gujarat, the demand for reservation is growing. Communities like Marathas, Rajput, Jats, Thakurs are demanding for reservation. States should consider their demand. My opinion is that Marathas in Maharashtra, Jats in Haryana and Rajputs in Rajasthan should be given reservation under a separate category. Currently, there is an annual income ceiling for the other backward classes (OBCs) at Rs 8 lakhs. It can be followed in the case of these communities too.