Cauvery Calling: A Daring Venture That Must Be Allowed To Succeed

Cauvery Calling, an initiative taken by the Isha foundation, is a powerful reminder of how it can be used to improve peoples’ lives. 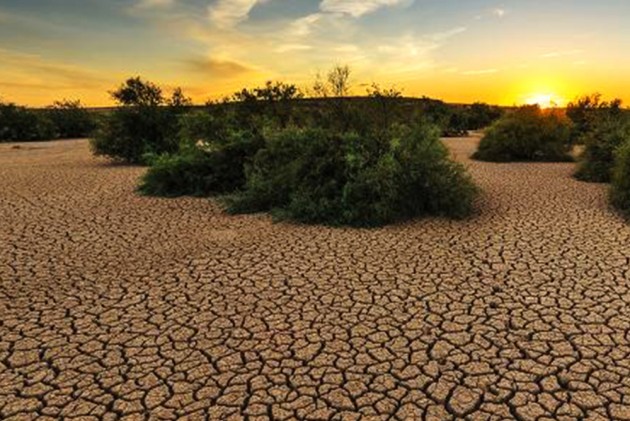 In recent years, the growing misuse of the digital media to spread fake news, irresponsible comment, paranoia and hate has so completely dominated public discourse that its enormous potential for doing good has been all but forgotten.

Cauvery Calling, an initiative taken by the Isha foundation, is a powerful reminder of how it can be used to improve peoples’ lives.

It is a cry for help to save the agriculture, save the land, and save the lives of the farmers of the Cauvery basin, which stretches for 800 kilometres north-west to South-east across Karnataka and Tamil Nadu. What makes it different is that it is not a cry of despair but a call to collective action by all of us

The basic features of the crisis that the Cauvery basin faces are now well-known: A relentless growth of population dependent on agriculture. Hence massive deforestation that has stripped the basin of 87 per cent of its tree cover; more frequent floods and droughts; repeated subdivision of land holdings till they become uneconomical; a sharp increase in the leasing out of land to tenants-at-will who face rising lease rates, increasing water, power, seed and fertiliser costs but, holding no title to the land. Thus, they have no access to bank credit. These have combined to make farming more and more hazardous.

The end of this road is perennial bondage to the moneylender and suicide. Eighty-three per cent of all farmers are in chronic debt and 47,190 have taken their lives it in the past 15 years. State governments have first ignored the crisis and then salvaged their conscience by announcing farm loan waivers that only benefit the rich farmers and the moneylenders who hold the rest in thrall.

Cauvery Calling has presented one way out of this crisis. It is to bring one-third of the Cauvery basin back under quick-growing forest cover by planting 2.42 billion (242 crore) trees. These will hold back 9 to 12 trillion litres of water and increase the availability of water in the Cauvery by 40 to 55 per cent. It claims that when the trees are harvested, which can begin in 5 to 7 years, farmers’ incomes will   increase by 3 to 8 times.  The Isha Foundation has estimated that it will cost Rs 42 to plant a tree, so it needs to raise an initial investment of Rs 10,142 crores.

Isha’s plan is audacious. Its reliance on crowd funding through the internet is the first of its kind in India. And it will not only save the Cauvery but create, at a conservative estimate a quarter of a million jobs. But the plan, as it has been announced, is incomplete. This is that the trees will not only have to be planted but cared for till they are strong enough to survive on their own. So how will the labour be paid during the 5 to 7 years before the first ‘thinning’ and sale of the tree crop?

One way  would be to grant rural youth ‘Tree Pattas (leases)’ on denuded forest or revenue lands, advance them the saplings against future recovery of their cost by the forest department when the trees are sold, and give them access to low interest loans to meet their living expenses till the trees begin to be sold..

This will require a significant change in current credit policies. At present, banks lend money only against the surety of fixed, tangible assets such as land or raw material inventories, but not against the future value of standing crops. To make such lending palatable, the tree crop would need to be insured. One way to do that would be to add an insurance premium to the interest rate charged on loans to agriculture, which is akin to the “hedging” premia that international banks regularly attach to loans to borrowers from developing countries.

In the case of agriculture, a five percent hedging premium added to the rate of interest on farm loans might raise the tree farmer’s borrowing rate to 14 or 15 percent. But this would still be half to a quarter of the rate farmers now pay to money lenders and micro-finance institutions.

To make sure of the success of its crowd funding appeal, therefore, the Isha foundation needs to add such a Tree Patta scheme to it and persuade the Tamil Nadu and Karnataka governments to guarantee crop insurance-hedged bank loans given to Tree Patta owners till the commercial banks see the success of the scheme and start making such loans on their own.

(Author is a veteran journalist and writer. Views expressed are personal)