'CBI Raids Are A Continuation Of BJP's Vendetta Politics Against Me', Says DK Shivakumar

Officials claim that the CBI has so far recovered Rs. 57 lakh in cash. The Central Bureau of Investigation (CBI) carried out searches at Karnataka Congress chief DK Shivakumar’s premises based on allegations of acquisition of disproportionate assets. 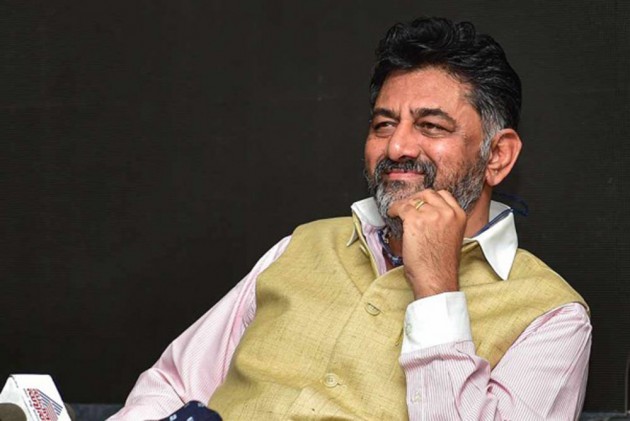 The Central Bureau of Investigation (CBI) which carried out searches at the residence of Karnataka Congress chief D K Shivakumar on Monday, has said that it has seized Rs 57 lakh in cash besides property documents, bank related information and computer hard disks during the action. The searches were conducted at 14 locations in Karnataka, Delhi and Mumbai, including at the residence of D K Suresh, Lok Sabha member from Bangalore Rural and Shivakumar's sibling.

“The CBI has registered a case against former Minister of Karnataka Government (presently MLA) on the allegations of possession of disproportionate assets to the tune of Rs.74.93 crore (approx) in his name and in the name of his family members,” the agency said in a statement.

Speaking to reporters after the raids concluded, Shivakumar accused the ruling BJP of political vendetta. "It is purely politically motivated," he said. "We raised a lot of issues on the corruption of the state government."

This raid is a continuation of BJP's vendetta politics against me

Such raids wont stop me from fighting against injustice

Shivakumar had been released on bail last October after being arrested by the Enforcement Directorate in a money laundering case. Earlier this year, he took charge as president of the Karnataka Pradesh Congress Committee. Given that two assembly bye-elections are due in Karnataka next month, the Congress party has alleged that the raids have been timed to scuttle the party's election campaign -- a charge that BJP leaders have denied.

The CBI statement said that the agency had initially registered a Preliminary Enquiry in March this year, following the Karnataka government's notification to probe the former minister.

"Such raids won't stop me from fighting against injustice," Shivakumar tweeted on Monday evening. During the day, Congress workers had staged protests at several places as the search operation progressed.