Bihar police had registered a case of abetment to suicide, criminal conspiracy, cheating among other charges on a complaint by the family of the Sushant Singh Rajput. 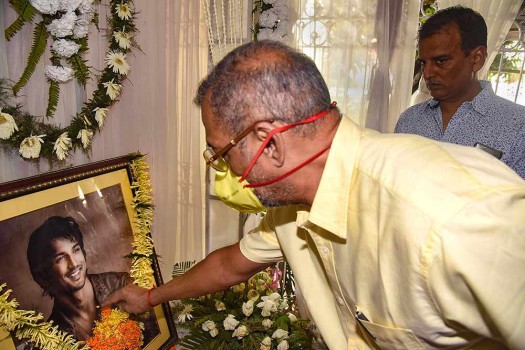 The CBI will take up the probe into the alleged suicide of actor Sushant Singh Rajput on a reference of the Bihar government, officials said Wednesday.

Bihar police had registered a case of abetment to suicide, criminal conspiracy, cheating among other charges on a complaint by the family of the deceased actor.

The state government had sought a CBI probe into the matter, they said.

The centre has forwarded the reference to the CBI which has decided to start the probe on its basis, officials said.

According to the procedure, the CBI has the freedom to return the reference in case there are legal issues involved and may seek further clarification but sources in the know said the case will be taken up for investigation.

Rajput, aged 34, was found hanging from the ceiling of his apartment in suburban Bandra in Mumbai on June 14 and since then Mumbai police has been probing the case keeping in mind various angles.

On July 25, Rajput's father had lodged an FIR at Rajiv Nagar police station in Patna against the actor's rumoured girlfriend Rhea Chakraborty and six others, including her family members, accusing them of abetting the his suicide.