CBSE Class 12 Board Exam 2021: After a high-level meeting, ‘Nishank’ had stated there was a broad consensus among states about conducting Class 12 board exams, and an informed, a collaborative decision would be taken by June 1. 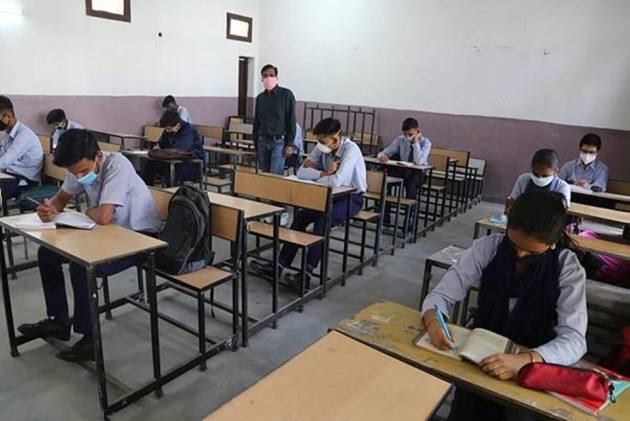 Union Education Minister Ramesh Pokhriyal is expected to announce the government’s final decision on if they will be conducting class 12 board exams amid the ongoing pandemic.

Earlier last month, after a high-level meeting, ‘Nishank’ had stated there was a broad consensus among states about conducting Class 12 board exams, and an informed, collaborative decision would be taken by June 1. He had asserted that the Centre will take a decision on the matter soon and announce it at the earliest keeping students’ safety in mind.

Entire country has come together to ensure the safety and academic welfare of the students and smooth functioning of the education system. pic.twitter.com/ezhtvZ3jLH

However, on Monday, the Centre had informed the Supreme Court that it will take a final decision within the next two days. Representing the government, Attorney General KK Venugopal told this to a bench of Justices AM Khanwilkar and Dinesh Maheshwari which had asked the Centre to give tangible reasons if they decide to depart from the last year’s policy, wherein the remaining board exams were canceled due to the outbreak of deadly coronavirus. “No issue. You take the decision. You are entitled to it. If you are departing from the policy of last year, then you must give tangible reasons for it, the bench told Venugopal”, the bench said yesterday. On April 14, the CBSE had announced the cancellation of class 10 exams and the postponement of class 12 exams in view of the surge in coronavirus cases.