CBSE question paper controversy: Experts say that a handful of senior officials of the Exam unit should take a look at the manuscripts of the important subject papers. 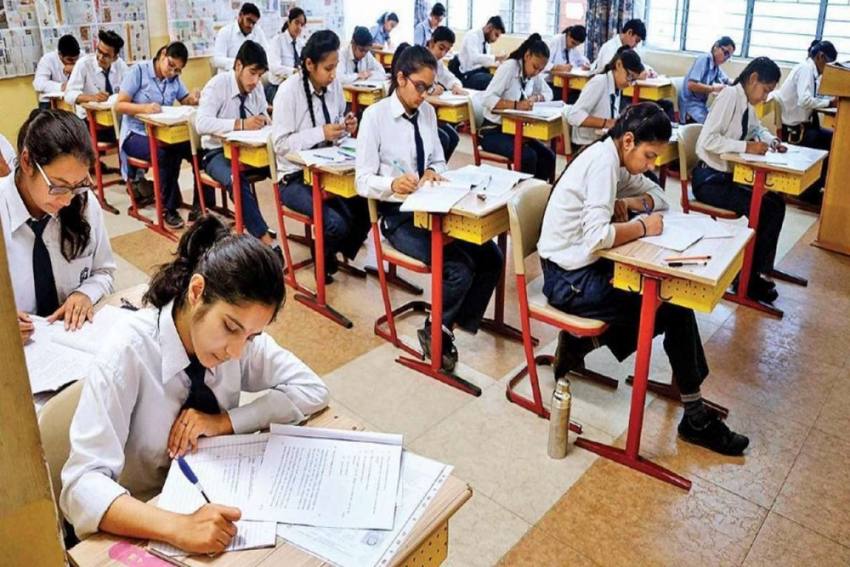 The Central Board of Secondary Education (CBSE) is in the eye of a storm for insensitive, erroneous and misogynistic content in questions papers for Class 10 and Class 12.

The questions for English Class 10 examination had a passage that was highly prejudiced against women with sentences such as "emancipation of the wife destroyed the parent's authority over the children" and “In bringing the man down from his pedestal, the wife and the mother deprived herself, of the means of discipline."

Similarly, the question paper for sociology for Class 12 Term 1 examination asked students to answer, “The unprecedented scale and spread of anti-Muslim violence in Gujarat in 2002 took place under which government?"

Besides, students and parents have also complained of numerous errors and beyond the prescribed difficulty level in question papers of other subjects such as Mathematics, Spanish etc.

Though the CBSE has apologised for these blunders and set up “an expert committee to thoroughly review and strengthen the question paper setting process to avoid such occurrences in the future”, many experts say it looks like the mess happened due to overlooking the existing process.

Here’re the five steps that many experts suggest for quality control and avoiding future occurrences -:

Respect the institutionalised process: Experts associated with the CBSE in the past say that the errors cannot be just brushed aside as procedural flaws or as one of aberration.

“If you are doing it in great haste, overlooking some institutionalised processes or steps, such mishaps can happen. Certain things take their own time and that time must be respected," Ashok Ganguly, Educationist & Former Chairman, CBSE, said.

He added, “First of all, we need to look into the time required in conducting such an exam of this scale. CBSE is a trendsetter board and a lot of preparation and thought processes go into conducting such exams of massive scale. The entire thing could have been avoided, at least for the future.”

Provide clear instructions & guidelines: Educationists, who were previously associated with question paper setting or moderation of papers say that a clear guideline should be given to experts involved at both levels. Once a set of experts prepares questions, in the next step, moderators examine them before they are finalised.

“If a clear instruction is there that insensitive content or language prejudiced to any section of the society should not be used, this keeps the question paper setters focussed and alert while on the job. Though it is common sense, still sometimes personal prejudices gain prominence over a person’s professional competence,” an expert associated with the moderation process in the past, said, requesting anonymity.

Ganguly agrees and said, “Moderation in a scientific way is one such step which cannot be ignored. Clear instructions and guidelines must be provided to paper setters as well as to moderators.”

Hold orientation programmes: Experts also believe that over a period of time, some people may become semi-skilled or insensitive to some issues. “If necessary, some pep talks or orientation may be required to them, particularly if they are a new set of people,” a school principal, who doesn’t want to be named, said.

“We must place research unit in exam cell with at least three associates or officials in-charge of language, humanities and science. They must be people of good repute and of academic strength. Random checking of question paper manuscripts in their respective domain can be done by them,” Ganguly said.

Another former Chairman, requesting anonymity, says, “It is important to learn from the mistake and plug the hole in the process if there is any. I believe that CBSE is doing the mid-term exam for the first time since it has come into existence and due to the paucity of time, some processes are being ignored.”

Look into the manuscript of the important subject papers: A section of experts are of the view that the Controller of examination and the senior officials of the CBSE should take a look at those questions papers where there are possibilities of language errors, for instance history, sociology, English etc.

At present, except question paper setters and moderators, no other official in the CBSE go through the content of the question. This is to avoid the question paper leaks. However, experts say that a handful of senior officials of the Exam unit should take a look at the manuscripts of the important subject papers.