CDS (Chief of Defence Staff) General Bipin Rawat was killed along with his wife Madhulika Rawat and 11 others, when Mi-17V5 chopper crashed in Tamil Nadu’s Coonoor last week. 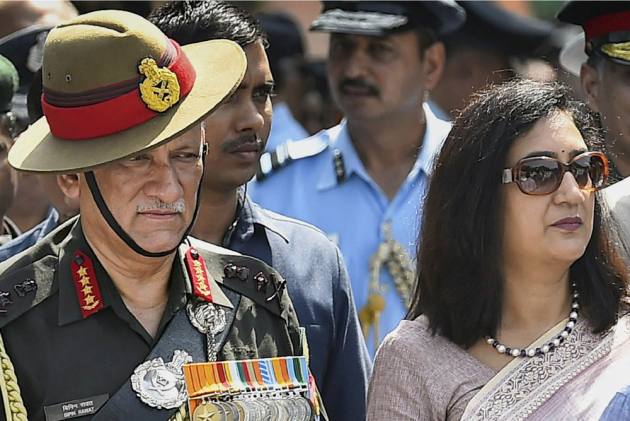 The people of Coonoor Wellington Cantonment in the Nilgiris district on Monday appealed to the Prime Minister and Tamil Nadu Chief Minister, to build a memorial for the country's first-ever Chief of Defence Staff General Bipin Rawat and other soldiers, who lost their lives in a helicopter crash in the state recently.

The incident had caused grief among the public and the place where the tragedy took place is Nanjappasathiram near Coonoor, the letter said.

In an effort to show their admiration for the martyred soldiers, a monument should be built at the place, belonging to Tamil Nadu Revenue department, so that the public can pay tributes to them.

"Further, we request you to change the name of Kattery Park and Runnymedu railway station on the Mettupalayam-Ooty (Udhagamandalam) line, located near Nanjappasathiram to the name ofGen Rawat, a historical symbol and remembrance to his sacrifice," the people said.

General Bipin Rawat, his wife Madhulika Rawat, Lt Colonel Harjinder Singh and 10 others, all from the armed forces, were killed in the helicopter crash in Coonoor on December 8.