CDS (Chief of Defence Staff) Bipin Rawat was among the 14 people on board on Indian Air Forces’ Mi-17V5 helicopter, when it crashed near Coonoor in Tamil Nadu. 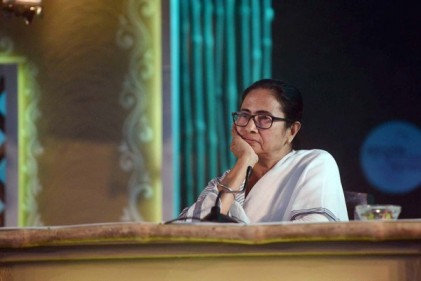 West Bengal Chief Minister Mamata Banerjee ended midway an administrative review meeting on Monday as soon as she came to know that an army chopper, with Chief of Defence Staff (CDS) Gen Bipin Rawat on board, crashed in Tamil Nadu.

"We have received sad news. I am shocked. I have no words to express my grief. I am ending this meeting," she said and left the venue of the meeting.

An Indian Air Force helicopter with Gen Bipin Rawat on board met with an accident on Wednesday near Coonoor in Tamil Nadu. Four bodies are known to have been retrieved from the site of the incident.

There is no immediate information on the condition of General Rawat.

Taking to Twitter, the CM said, "Extremely tragic news coming in from Coonoor. Today, the entire nation prays for the safety of those who were onboard including CDS Bipin Rawat and his family members. Also praying for the speedy recovery of everyone who was injured."
Banerjee, on a four-day administrative tour of the state, is scheduled to conduct several review meetings.