The alumni of St Edwards School in Shimla recall their memories of late Chief of Defence Staff Bipin Rawat spent with them at the institution.. 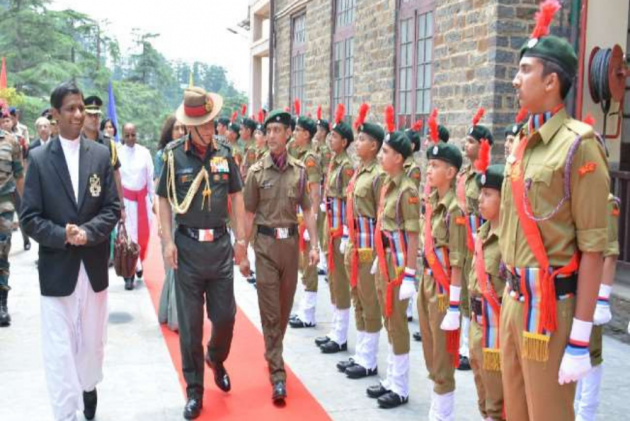 As the nation mourns the sad demise of Chief of Defence Staff General Bipin Rawat in the helicopter crash at Tamil Nadu’s Coonoor, the alumni of St Edwards recall moments spent with the Chief of Defense Staff (CDS) inside the campus.

The ex-students at Shimla’s landmark British era School–St Edwards, recall words of late CDS Rawat: “If you want to be successful, you need to work hard. Actually hard work is a prerequisite for success”.

Rajeev Sood, a noted Chartered Account (CA), an alumni of St Edward was in shock as the “What’s App” group of old Edwardians was flooded with condolence messages.

“He ( General Rawat) was six or seven year’s senior to us. He was a classmate of Lt General K M Bali, who retired sometime back, apart from Prashant Dass. His demise is a national loss. A rare think tank of the defense, a real brain behind India’s strategic matters is gone. We are proud of him as our schoolmate but loss is huge,” said Sood.

On that day he had went straight to his class room and pointed towards the seat he used to occupy.

Thereafter, he had also headed for physics laboratory, before he had started formal interaction with the students.

He even exhorted the students to join the Army on that day.

In the visitors book, his words are still inscribed.

“I am very impressed by the school ,and drill of NCC cadets .I wish you all the success,” Rawat had written on that day.

Accompanied by wife Madhulika Rawat, he had spent an hour and a half on the school premises, and also talked about his involvement in Naxal operations in Assam, the then Class 10th student of the insititution recalled .

“Deeply saddened to hear about the crash .It's a heart wrenching tragedy .We have lost a true patriot, a brilliant brain and man of courage. His rise to the ranks as CDS was a matter of pride for the school as shaped his career in the army in Shimla".

Meanwhile, in the crash Lance Naik Vivek Kumar from Himachal Pradesh's Kangra district was aslo among the 13 people killed in the incident.