Addressing a briefing of election observers being deployed in Bihar, Sunil Arora said the strength of democracy rests in its primary stakeholder - the voters. 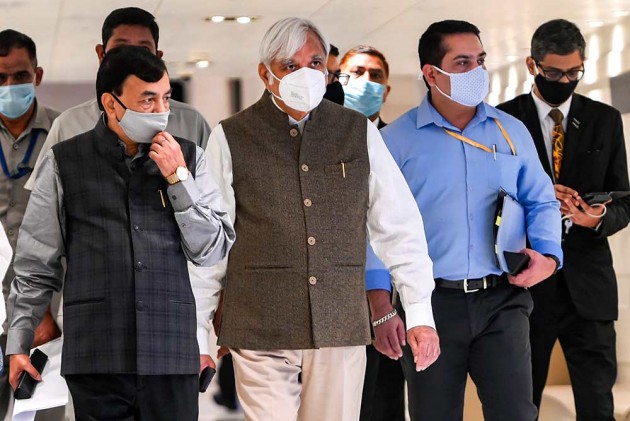 Chief Election Commissioner Sunil Arora on Monday underlined the need for poll observers to be extra careful during the three-phase Bihar assembly elections, saying the exercise, being the largest in the world to be held amid the COVID-19 pandemic, will be keenly watched by the world community.

He also reiterated the poll panel's commitment towards conducting an election that is free, fair, transparent, ethical, and also "COVID safe".

Addressing a briefing of election observers being deployed in Bihar, Arora said the strength of democracy rests in its primary stakeholder -- the voters.

"All efforts must be made to instill confidence in the voter to come to the polling station on election day to cast her/his vote safely and freely," an Election Commission statement said quoting him.

The CEC called upon the observers to assume the role of a friend, philosopher, and guide to the local election machinery, guide and hand-hold them and help resolve their issues.

He lauded the commitment and dedication of some of the special expenditure observers in the past who made sure a level playing field was made available during the election.

Monday's meeting was a blend of virtual and physical gathering with more than 700 general, police and expenditure observers joining virtually from 119 locations across the country and about 40 observers posted in Delhi joining in person, the statement said.

Election Commissioner Sushil Chandra pointed out that familiarisation with laid down instructions, specifically the highlights of the broad guidelines issued by the commission on holding polls amid the pandemic, should be strictly adhered to.

He advised officers to pro-actively redress complaints and ensure impartial discharge of their duties.

The officers should always bear in mind they are the actual face of EC on the ground, he said and reminded them that Bihar elections need to be showcased to the world as all attention is focussed on these polls.