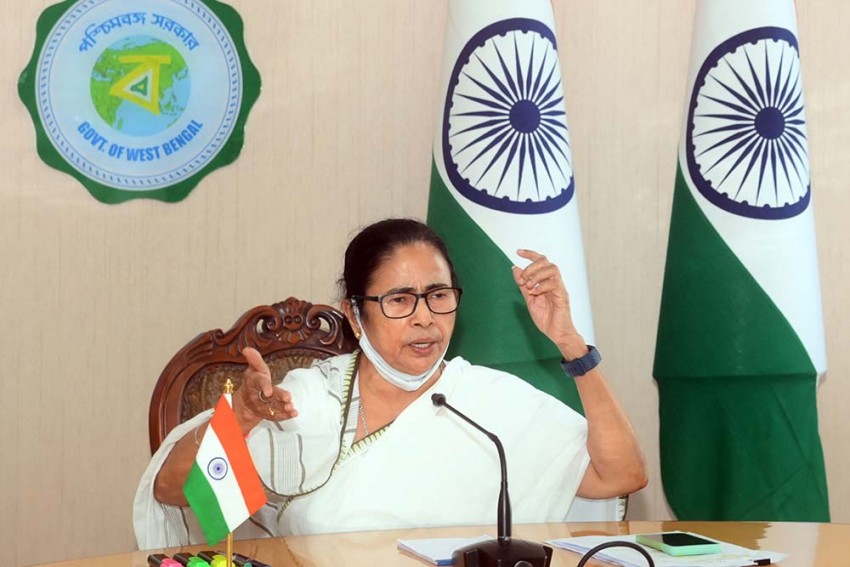 The ministry of foreign affairs has reportedly denied permission to West Bengal chief minister and Trinamool Congress (TMC) chairperson Mamata Banerjee to visit Nepal for attending a general convention of the country’s ruling party, Nepali Congress, which is scheduled from December 10 to12.

According to a senior leader of the TMC, who did not want to be identified, Mamata Banerjee received the invitation to attend the convention as a guest from none less than Nepal Prime Minister Sher Bahadur Deuba, who is also the president of Nepali Congress. Subsequently, the state secretariat sent this invitation to the foreign ministry for approval.

Since visiting Nepal from India does not require a passport, Banerjee would have required only the visa to visit Nepal. West Bengal’s northern district of Darjeeling shares about a 100 km border with Nepal. Mamata Banerjee, who is travelling in the northern Bengal districts, would have left for Nepal in the evening on Friday had the approval came.

West Bengal’s border with Nepal is much shorter than the states of Bihar, Uttar Pradesh and Uttarakhand, though Nepal and West Bengal share close cultural and economic ties for centuries. Notably, all states that share a longer border with Nepal are governed by the National Democratic Alliance (NDA), which is led by India’s ruling party, the Bharatiya Janata Party (BJP).

It is notable that the invitations from abroad are coming to Banerjee at a time when her party is showing national aspirations, with the aim to lead the toppling of the Narendra Modi government at the Centre in the 2024 Lok Sabha elections.

“On what basis was she chosen to represent India? International relations are sensitive matters and the West Bengal chief minister should have acted responsibly in the first place while accepting the invitation,” said a Bengal BJP MP who did not want to be named as the issue concerns diplomatic relations.

Earlier in September, the Centre had denied Mamata Banerjee permission to visit Rome to attend a religious conference on peace. Following this denial, the chief minister had taken sharp digs at the country’s ruling party, the BJP, referring to its ideology of Hindutva.

“They speak of Hindutva but didn’t allow a Hindu woman to attend a peace conference that was to be attended by the German Chancellor, Italy’s prime minister and the Imam of Egypt. I was the only person from Asia to be invited. Italy gave me special permission but they (the Centre) disallowed me. When people from other religions were taking part in the conference, why should it miss a representation from the Hindus?” she had said on September 25.
According to a senior TMC leader, the Centre’s reply to the chief minister’s Rome visit approval letter only said the visit was “not required.”