While the BJP leadership on Sunday claimed that five of its supporters were killed in the clash, the TMC said that six of its workers were missing. 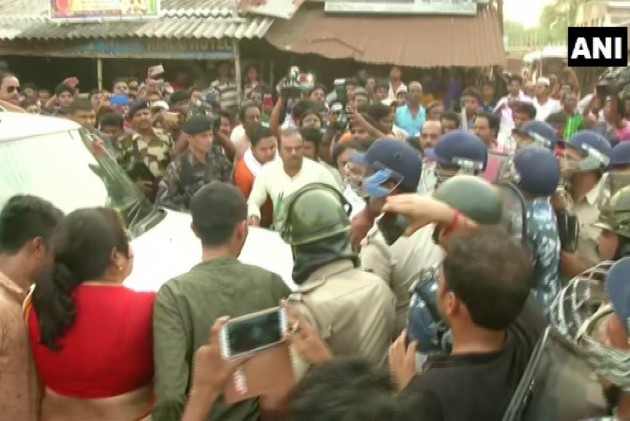 The Centre has expressed "deep concern" over the continuing violence in West Bengal even after the conclusion of Lok Sabha elections and issued an advisory to the Mamata Banerjee-led state government.

Tension prevailed on Sunday in strife-affected Sandeshkhali in West Bengal's North 24 Parganas, with the Bharatiya Janata Party and the Trinamool Congress accusing each other of orchestrating Saturday's violence that allegedly claimed at least four lives.

The Ministry of Home Affairs has advised the Mamata government to ensure all necessary are taken to maintain law and order, peace and public tranquillity. The ministry also said the government must take strict action against officials found delinquent in the discharge of their duty.

"Union Home Minister has asked for a report from the state government and I am sure Centre will take this up seriously. There is a lot of anger among the people over the incident," Kailash Vijayvargiya, BJP National General Secretary, was quoted as saying by news agency ANI.

While the BJP leadership on Sunday claimed that five of its supporters were killed in the clash, the TMC said that six of its workers were missing.

The bodies of one TMC worker and two BJP supporters have been identified by family members at a local hospital.

As of Sunday morning, police are carrying out search operations to trace the persons alleged to have gone missing in what has been deemed as the "worst political violence" following the 2019 general election.

In claims and counter-claims over the political fallout, both the parties have stated that several of their workers have gone missing.

Continuing his tirade against the ruling party, BJP leader Mukul Roy, who is scheduled to lead a seven-member delegation of party MPs to the violence-hit area on Sunday, accused Chief Minister Mamata Banerjee of instigating political strife in Bengal through her speeches and meetings.