Centre Has Already Made Its Best Offer, Hope Protesting Farmers Will Accept It: Narendra Singh Tomar

Farmers’ Protests: During the 10th round of talks, the government had proposed to keep the new agri laws in abeyance for 1-1.5 years. 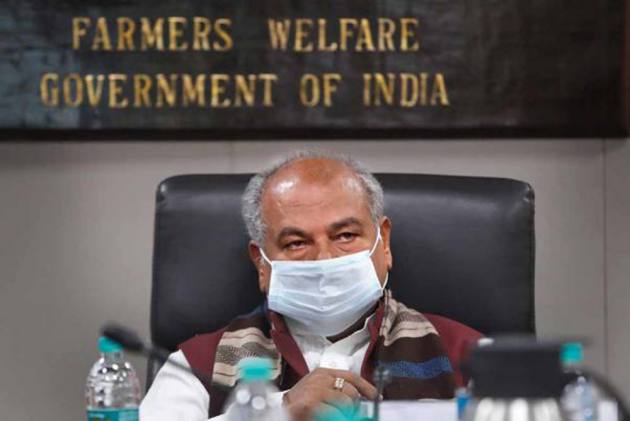 Even as 11 rounds of talks failed to break the ice between the protesting farmers and the Centre over the new agriculture legislations, Union Agriculture Minister Narendra Singh Tomar, on Monday said that the Centre has already made its “best offer” to the farmers.

Tomar claimed the government’s proposal to suspend the latest agriculture legislations for the next 1-1.5 years was the “best offer” it could provide and expressed hope that the protesting unions will accept it.

However, the protesting unions have stuck to their main demand and have sought a complete repeal of the legislations. Protesting farmers in Delhi will carry out a tractor parade to protest the agri laws on Republic Day.

"The government has given the best offer to farmers' unions. I am hopeful that they will convey their decision to us after discussing it among themselves. Once they communicate, we will take it forward," Tomar told PTI.

After the 11th round of talks, the minister had indicated that there won't be further talks but he would be ready to meet the farmers to hear their final decision on the offer made by the government.

It remains to be seen whether the farmers' unions will convey their decision after their planned tractor rally or 'Kisan Gantantra Parade' in the city on January 26.

Meanwhile, the Supreme Court-appointed committee on farm laws is scheduled to hold its second round of consultations with farmers and agricultural organisations on January 27.

Notwithstanding severe cold, thousands of farmers -- especially from Punjab, Haryana and parts of western Uttar Pradesh -- have camped at Delhi’s borders seeking repeal of the new laws and a legal guarantee of government-fixed minimum support price for crops.

The farmers' protest at Delhi borders has entered its 61st day and even peasants in other states like Maharashtra have started extending their support to them.