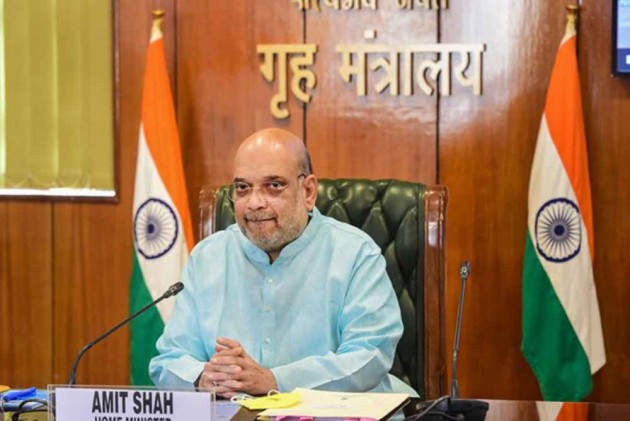 Amid escalating border tensions between Assam and Meghalaya, Union Home Minister Amit Shah on Saturday said that the Centre is working to resolve boundary disputes among the northeast states and is keen on ensuring peace prevails in the region.

He further added that the Centre is focussing on preserving and promoting the languages and cultures of the northeast. The Union Home Minister is on a two-day visit to Meghalaya.
His comments come in the backdrop of rising border disputes between Assam and Meghalaya. Assam has boundary disputes with Nagaland, Arunachal Pradesh, Nagaland and Mizoram besides Meghalaya. The dispute with Nagaland is in the Supreme Court.

Assam CM Himanta Biswa Sarma had recently said that the dispute with Mizoram appeared to be intractable at the moment with a series of talks between the two states having failed. There have been several incidents of violence along the border in southern Assam since last year.

Amid these developments, Shah on Saturday said, “The (Narendra) Modi government is moving ahead in the Northeast by giving importance to three things – to resolving all disputes of the Northeast and making it a peaceful region, to preserve and promote the languages, culture and create awareness about it across the whole of India and thirdly, by making the Northeast a developed region and bring its GDP contribution back to the pre-Independence level.”

The Union home minister said that connectivity of the Northeast has been given the highest priority by the NDA government.

“When we used to say that we will connect the capitals of all the Northeastern states by rail and air, then those in the opposition people used to laugh at us," he said.

The Modi government aims to link the capitals of all the states of the region by rail, road and airways before 2023-24, he said adding that development can happen only when this geographically remote region is provided with all types of connectivity.

“The works which are being done here today should have been done many years ago. Today, an inter-state bus terminal is being built here with the help of the Government of India and the Government of Meghalaya at a cost of Rs 50 crore,” Shah said.

The bus terminus will also boost economic activities of the region, he said.

The Union home minister said that without connectivity, neither the security of this corner of the country can be ensured, nor the golden era of this region can be brought back.

He said that if any region has the richest culture in the whole world, it is in the Northeast as many languages, cultures, musical instruments and distinct cultural identities have been preserved because its eight states have tried to complement each other through exchanges.

He said that the diversity of culture, languages, music, dance, food and drinks of the region are jewels of India and the responsibility of nurturing it lies with the whole of India, and not just the Northeast.

The Union minister said that the government has also made a lot of efforts so that development and services reach the citizens through information technology.

As far as Meghalaya is concerned, the work of accelerating the pace of development has been done by the Narendra Modi government since 2014, he said.

The Meghalaya government has completed 67 projects costing about Rs 700 crore with central assistance and 38 more projects worth Rs 800 crore are in progress, Shah said.

The NDA government has also provided Rs 650 crore to the state to boost the production of jackfruit, mushroom, silk, milk and fish, he said.

He said that about six and a half lakh families of Meghalaya did not have bank accounts earlier, but today every family can open bank accounts under the Jan-Dhan Yojana.

Now, there is not a single house in Meghalaya that does not have a toilet while efforts are on to provide tap water to 3.39 lakh households where it is not available, Shah said.