Union Jal Shakti Minister Gajendra Singh Shekhawat said the initiative will be a fitting tribute to Mahatma Gandhi on his 151st birth anniversary on Friday. 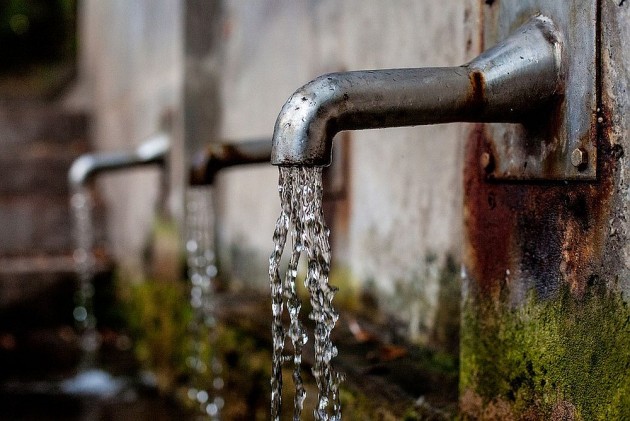 On the 151st birth anniversary of Mahatma Gandhi, the Centre on Friday launched a 100-day campaign to provide piped potable water connections to all schools and Anganwadi centres across the country.

Union Jal Shakti Minister Gajendra Singh Shekhawat requested the states and Union territories to make it a 'Jan Andolan' (people's movement). He said he has written to chief ministers and lieutenant governors, requesting them to lead the campaign in their respective regions.

Speaking during the launch of the event, the minister said the initiative will be a fitting tribute to Mahatma Gandhi.

“Prime Minister Narendra Modi, while launching the logo of

'Jal Jeevan Mission' (JJM) on September 29, called for ensuring drinking water supply in all schools and anganwadi centres in the country.

"In this backdrop, we are launching a 100-day campaign to ensure the same. We are asking all the state governments to ensure piped drinking water in all schools and Anganwadi centers in the next 100 days,” Shekhawat said.

The 'Jal Jeevan Mission – Har Ghar Jal' aims to provide tap water supply to households with a special focus on women and children by 2024.

Ensuring safe water to children is a priority under JJM as they are most susceptible to water-borne diseases like typhoid, dysentery, diarrhea, and cholera.

Repeated infections due to consumption of unsafe water in their formative years may have debilitating effects on children, resulting in stunting, the minister said.

The situation is much more complex in areas where water sources are found to be contaminated with arsenic, fluoride, and other heavy metals, and prolonged consumption of water having these contaminants may lead to degenerating diseases like arsenicosis, fluorosis among others, resulting in serious health problems, he said.

To tackle these serious issues, provisions have been made under JJM for ensuring safe water through tap water connection in schools, Anganwadi centers, and health care centers, he said.