Centre Ready To Talk To Protesting Farmers On Any Proposal Barring Repeal Of Laws: Agri Min 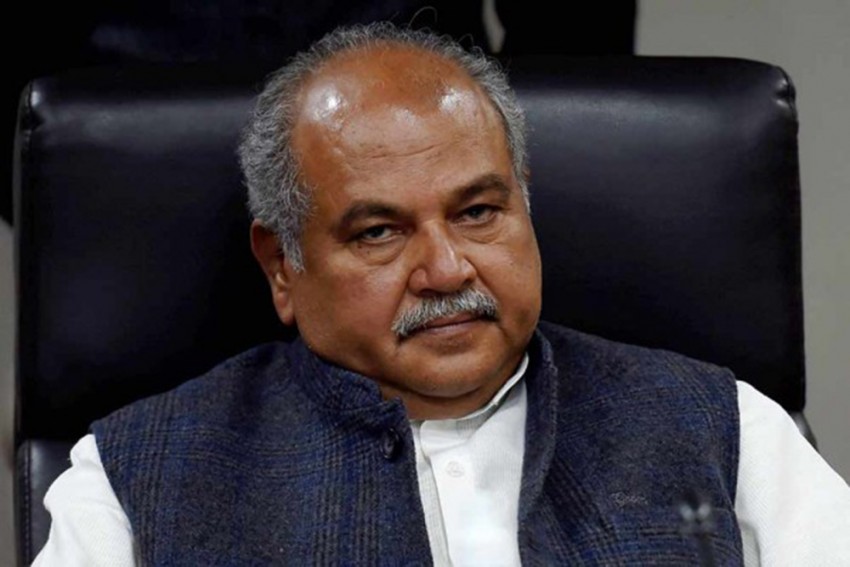 Union Agriculture Minister Narendra Singh Tomar on Thursday asserted that the government was ready to hold talks with the protesting cultivators, except on the demand of the repeal of these laws.

He also claimed t the three central agriculture laws would bring revolutionary changes in the lives of farmers. He also said that most parts of the country, most of the unions as well as farmers support these laws.

The minister’s statement comes a day after BJP workers and anti-farm law protesters clashed in Ghazipur on the Delhi-Uttar Pradesh border, in which some people from both sides suffered injuries.

“We have told the Kisan Union that we are ready to talk on any of their proposal, barring the repeal (of these laws),” Tomar told reporters after inaugurating a hostel at an agriculture university here.

He was replying to question that the agitators were firm on their demand of repealing the three laws.

“The farms laws are going to bring in revolutionary changes in the lives of farmers. They were brought in after a 30-year exercise by agriculture experts,” he said.

The state government and the Centre had taken efforts in this direction, and as a result, these farm reforms bills came into existence under the leadership of Prime Minister Narenda Modi, he added.

“Most parts of the country, most of the unions, most of the farmers are in support of the bills. The government had held a series of talks with those opposing them,” he said.

However, Tomar did not respond to a question over an allegation that BJP workers reached the protest site carrying swords.

Farmers have been camping at Delhi's borders since November 2020 with their demands that the Farmers' Produce Trade and Commerce (Promotion and Facilitation) Act, 2020, Farmers' (Empowerment and Protection) Agreement on Price Assurance and Farm Services Act, 2020 and the Essential Commodities (Amendment) Act, 2020 be rolled back and a new law made to guarantee minimum support price for crops.