While asking the West Bengal government to relieve the officer with immediate effect, centre also directed Bandyopadhyay to report in Delhi by Monday. 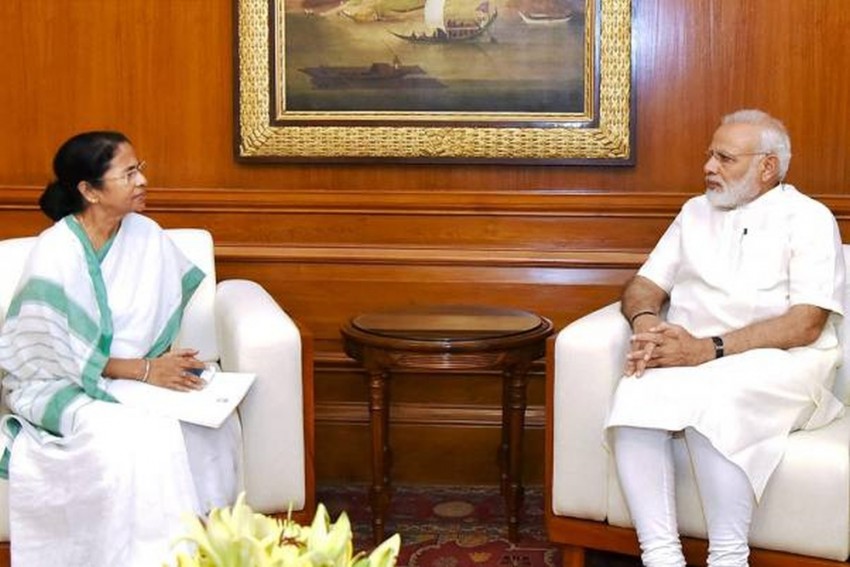 Shortly after the government had approved an extension for West Bengal chief secretary Alapan Bandyopadhyay, the Centre on Friday night sought his services and asked the state government to relieve the officer immediately, a move termed by the ruling Trinamool Congress as "forced deputation".

Bandyopadhyay, a 1987-batch IAS officer of West Bengal cadre, was scheduled to retire on May 31 after completion of 60 years of age. However, he was granted a three-month extension following a nod from the Centre.

West Bengal Chief Minister Mamata Banerjee had written to Prime Minister Narendra Modi urging him to grant Bandyopadhyay an extension for at least six months in view of his experience of handling the COVID-19 pandemic.

In a communique to the state government, the Personnel Ministry on Friday said the Appointments Committee of the Cabinet has approved the placement of the services of Bandyopadhyay with Government of India as per provisions of the Indian Administrative Service (cadre) Rules, 1954, "with immediate effect".

While asking the state government to relieve the officer with immediate effect, it also directed Bandyopadhyay to report to the Department of Personnel and Training, North Block, New Delhi by 10 am on May 31.

The order from the Centre angered the Trinamool Congress which said the decision to seek Bandyopadhyay's services was because the people of the state gave an overwhelming mandate to the chief minister.

TMC spokesperson Kunal Ghosh said the decision was taken to derail the good work done by Bandyopadhyay, "a true soldier of Mamata Banerjee".

"The BJP is yet to accept their loss in the assembly elections and that is why they are doing such petty politics. This is nothing but vindictive politics of the BJP," he claimed.

"At a time when Bengal is facing the COVID pandemic and the devastations caused by Cyclone Yaas, the central government is trying to make the people of the state suffer. They are acting like an enemy of the people of Bengal," Ghosh said.

Bandyopadhyay took over as the chief secretary of West Bengal after Rajiva Sinha retired in September last year.

The order came on a day when the prime minister visited Odisha and West Bengal states to review the situation and damages caused by Cyclone Yaas.

Banerjee had a brief meeting with the prime minister at the Kalaikunda airbase where she handed over a memorandum on the post-cyclone situation. The BJP leaders later accused her of cutting short the planned review meeting.

On May 24, Banerjee, while announcing extension of Bandyopadhyay’s extension, had said, "Our chief secretary has got an extension for three months. We are happy because he has got the experience of working during last year's Amphan as well as during the ongoing COVID-19 pandemic".

This is the second time that the Union government has invoked the All India Services Rule in the last five months. Earlier in December, the Centre had directed the West Bengal government to immediately relieve three IPS officers so that they could join their new assignments at the Centre.

The officers, Rajeev Mishra (1996 batch), Praveen Tripathi (2004 batch) and Bholanath Pandey (2011 batch), were directed to report on central deputation in December last year after the West Bengal government refused to send its chief secretary and police chief to Delhi to discuss the law and order situation in the state.

The three were responsible for the security of BJP President J P Nadda during his visit to the state for building up momentum for electioneering when his convoy was attacked at Diamond Harbour.

However, according to the officials, these three officers were never released by the state government.