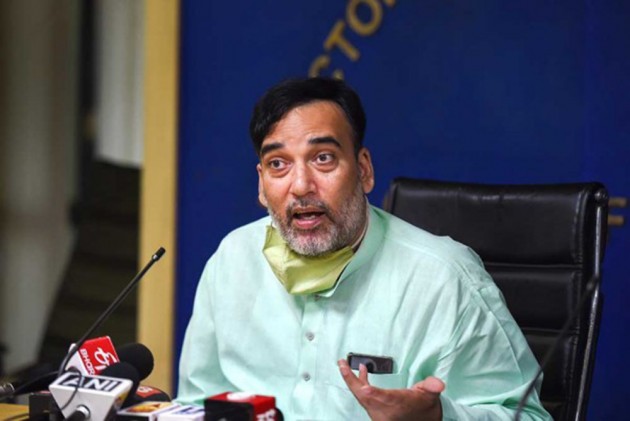 The Centre should set aside its "ego" and accept the demands of the protesting farmers, the city's Development minister Gopal Rai said on Wednesday.

Rai, also the convener of the Delhi unit of the AAP, said the Arvind Kejriwal-led government and his party stand firmly with the farmers and have been making certain arrangements for them during their protest.

After a visit to the Singhu border, blocked by thousands of farmers camping there for nearly three weeks now, Rai said the Kejriwal government has arranged a Langar Sewa (community kitchen), water and toilet facilities for them.

"Our volunteers, MLAs and councillors are also serving here. The AAP and its government fully support the farmers," he said.

The farmers are protesting the three recent farm laws passed by the Central government, despite facing hardships and the cold weather during their demonstrations, Rai said. He described their protest as "unfortunate", saying farmers are the ones who feed the nation.
"The farmers have been protesting here for twenty days. The Central government should give up its ego and stubbornness and accept their demands," he said.

Rai said the Centre could have avoided the stalemate and road blocks by permitting the farmers to stage their protest at the Ramleela Ground in Delhi.