Punjab Chief Minister Charanjit Singh Channi was informed by Union Secretary, Food and Public Distribution Sudhanshu Pandey that Centre has decided to procure rice at the existing norms from the state. 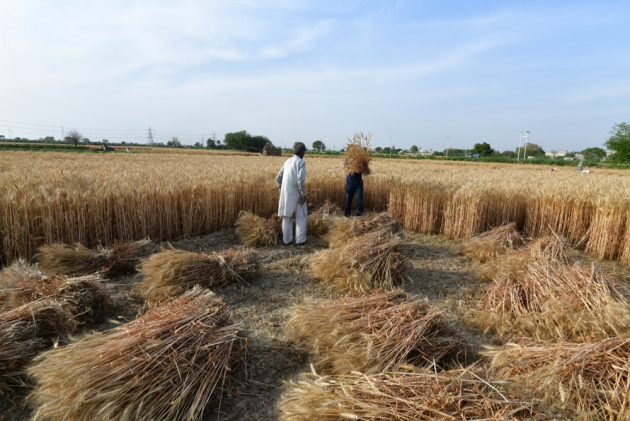 The Centre on Friday informed Punjab Chief Minister Charanjit Singh Channi that it going to procure rice from the state as per the existing norms for the current season.

Channi had detailed deliberations with the Union Secretary, Food and Public Distribution Sudhanshu Pandey, who called on the former at his office this afternoon.

Channi also requested the Centre to help the state in getting authorization of Cash Credit Limit (CCL) for the Kharif Marketing Season (KMS), 2021-22 from Reserve Bank of India (RBI) immediately.

Acceding to the request of Channi, Pandey told that Centre has already taken a decision to procure paddy in the state as per the existing norms for the current season starting from October 1, 2021.

The Channi informed Pandey that in future also, the revised norms should only be finalized by taking all the stakeholders including—Punjab Government and Associations of farmers’, arthiyas and mills into confidence.

He added imposing revised norms unilaterally would mean a great set back to Punjab.

As per Punjab’s agriculture production estimate this season, 191 LMT of paddy is expected.

Pandey also informed Channi that Railway Board has already allowed 70-80 racks daily for transporting food grains from Punjab to various destinations across the country.