Representing the journalists in the JWC meeting, Santosh Thakur thanked the Prime Minister for the gesture 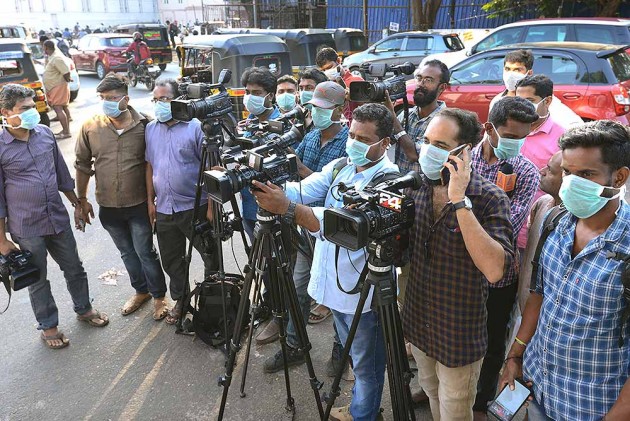 Accepting the proposal of the Press Information Bureau's Journalist Welfare Committee, the Centre has agreed to provide financial relief of Rs 5 lakh each to families of 39 journalists who died due to the coronavirus, informed a panel member.

Covering journalists all over the country, the central government has earmarked an additional fund for this purpose for the Journalist Welfare Committee (JWC), added the panel member.

In its meeting, the JWC decided to provide Rs 5 lakh to the family members of 39 deceased journalists.

Santosh Thakur, who is a member of the JWC, Amit Kumar, Umeshwar Kumar and Ganesh Bisht represented journalists in the meeting.

Thakur said the JWC also discussed other welfare measures for journalists which include health insurance and life insurance schemes.

The issue of including journalists in the Ayushman Bharat health insurance scheme was also discussed at the meeting.

Thakur informed that journalists who have some serious illness or have become handicapped while in service can also apply for financial help from the government through the JWC.

Family members of journalists who have died while on duty can also apply for financial aid.

The PIB has given a link on its website where a journalist or his family members can write to the government for help.