While the Delhi cabinet has rejected the police’s proposal, Lieutenant Governor Anil Baijal will have the final say in the issue 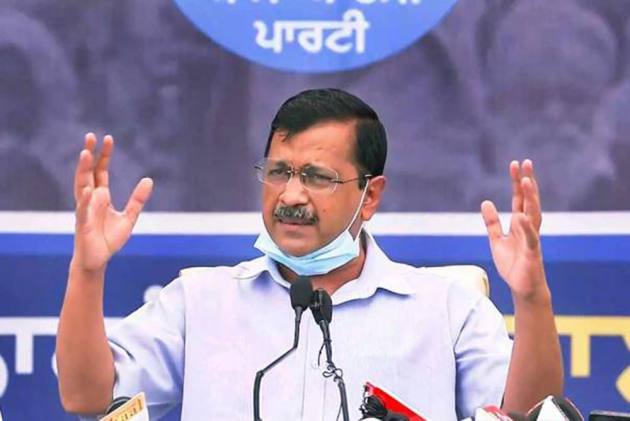 The Aam Aadmi Party (AAP) on Friday rejected the Delhi Police’s proposal seeking to appoint special public prosecutors to argue cases of violence that occurred during the northeast Delhi riots and the farmers’ Republic Day protests.

While no reaction was available from the LG’s office as of Saturday morning, Lieutenant Governor Anil Baijal will have the final say in the issue.

While rejecting the police’s proposal on Friday, the Delhi cabinet observed that if the police’s lawyers appear in cases relating to either the farmers’ protests or the northeast Delhi riots, legal parity would be seriously hampered and it would not be fair to the accused who bear a right to go through an unbiased trial.

While sources have told PTI that the LG is likely to invoke special powers granted to him in the Constitution and approve the panels of lawyers chosen by the Delhi Police, Deputy Chief Minister Manish Sisodia said the appointment of lawyers comes entirely under the purview of the Delhi government and the LG can only use his veto power in the rarest of rare cases.

He also alleged that the lieutenant governor has been using veto power even in routine matters, terming it as a "murder of democracy" and violation of the Supreme Court's orders.

Meanwhile, the Delhi government said the cabinet affirmed that prosecutors are meant to be independent and cannot be according to the choice of the police.

The cabinet, while deliberating upon the proposal of the Delhi Police to appoint lawyers of their preference, was of the view that as held by various judgments of the Supreme Court, the role of the public prosecutor is not to act as a spokesperson of the police but to discharge an independent statutory role presenting to the court the correct picture.

After his cabinet's decision, Chief Minister Arvind Kejriwal said it is the duty of every citizen of India to support farmers and the Delhi government has not done any favour to them.

"We have only done our duty towards the farmers of the nation. A farmer is not a criminal or a terrorist, but our 'annadata'," he tweeted.

Sisodia also claimed that it is very unfortunate that the BJP-led Central government has been interfering in the functioning of the AAP dispensation through the L-G.

"The Supreme Court has defined the use of this veto power by the L-G on transferred subjects. Doorstep delivery of ration and court matters related to farmers' protests are not the rarest of rare cases.

This power cannot be used left, right and centre every day. This is a murder of democracy and violation of the Supreme Court's orders," the deputy chief minister said at the press conference.

The cabinet also observed that the demand of the Delhi Police to appoint lawyers of their choice in the case was baseless and unwarranted and that it could not allow the same to happen.

"The cabinet was satisfied with the performance of the government's present public prosecutors and noted that there were no complaints made against their functioning," it also said.

With regard to northeast Delhi violence that had taken place in February last year, the government said, "In a big decision today, Chief Minister Arvind Kejriwal's Cabinet refused to allow Centre's lawyers from appearing in North-East Delhi riots cases."

Communal clashes had broken out in northeast Delhi in February 2020, after violence between the Citizenship (Amendment) Act supporters and its protesters spiralled out of control leaving at least 53 people dead and over 700 injured.

In the northeast Delhi riots issue, the Cabinet asserted that the Delhi High Court and the trial courts had repeatedly raised "serious questions on the investigations" by the Delhi Police in several cases where special public prosecutors were appointed at the request of the force, the government statement said.

Sources claimed the Cabinet decision has "little practical implication" because a panel of six special public prosecutors are already appearing in over 600 riots cases for one year.

The Delhi Cabinet, in its meeting chaired by Chief Minister Arvind Kejriwal, observed that the courts have "raised serious questions" on the "fairness" of the investigation carried out by the Delhi Police in the riots cases, the government statement said.

"It had also observed that in such a situation, a free-and-fair trial of these cases would not be possible by a panel of lawyers selected by the city police itself," it said, adding that in one case related with the riots, the court had also fined the DCP (North-East) of Delhi Police for "miserably failing in statutory duties".

The cabinet noted that the courts had "remarked" that the Delhi Police had conducted "dubious investigations" earlier in the cases where lawyers of their preference were appearing, added the statement.

On Thursday, the Delhi government had alleged that it was being pressured by the BJP-ruled Centre to replace its prosecutors appearing in cases related to the anti-farm laws stir, with those of the Delhi Police.