This comes a day after Kejriwal asked Shah and BJP to declare their chief ministerial candidate for the Delhi elections. 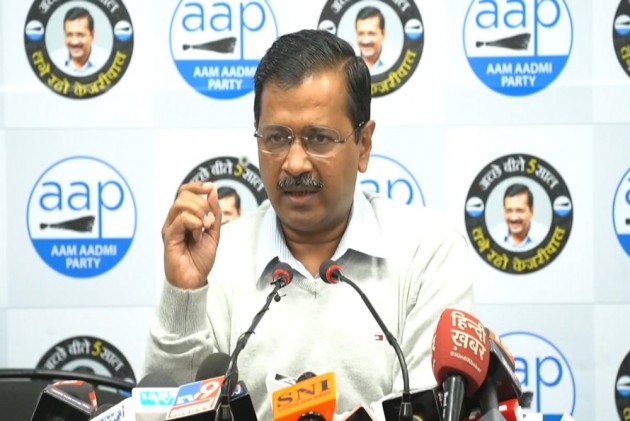 Three days before Delhi goes to polls, Chief Minister Arvind Kejriwal on Wednesday raised the ante against the BJP, challenging Home Minister Amit Shah for a debate on the issues concerning the electorate. "I am ready to debate on everything," Kejriwal said.

This comes a day after Kejriwal asked Shah to declare a chief ministerial candidate for the Delhi elections.

"The BJP hasn't told the people their CM candidate. Shah says the public should vote in his name and he will choose the CM," Kejriwal said, adding, "Delhi will choose its CM candidate, not Shah."

Assembly Elections 2020: Does AAP Chief Arvind Kejriwal Have The X-Factor To Defend Delhi?

Will Bijli And Pani Power Kejriwal Back To Delhi Durbar?

Speaking about AAP's alleged links with the man who opened fire at Shaheen Bagh protest site, the Delhi CM said: "Whosoever resorts to violence must be punished irrespective of his/her politicals affiliations."

"Double the punishment if the guilty is a member of AAP," Kejriwal said.

Earlier in the day, Kejriwal said if Shaheen Bagh shooter had any links with the Aam Aadmi Party, he must be given stringent punishment.

Kejriwal was responding to a question on Delhi Police's claim that Kapil Gujjar, the youth who opened fire near a protest site in Shaheen Bagh, was associated with AAP.

The Delhi CM said it was a ploy by the BJP to defeat AAP, because "they are not left with anything now".

He said that the BJP was using the Delhi Police to drag AAP into this case.

"If he is from AAP, he should be given a stringent punishment," Kejriwal said. However, he said that the shooter had no links with his party. "Even his father is said to have clarified that he is not affiliated with AAP."

He said the allegations and accusations by the BJP were part of Amit Shah's "petty politics" and "stunts" because they "have failed".

Earlier, the family of the Shaheen Bagh shooter denied the claims of the Delhi Police that they are associated with the Aam Aadmi Party.