Chandana, A Daily Wager's Wife With Only Rs 6,000 In Bank Account, Scripts Victory In Bengal Polls 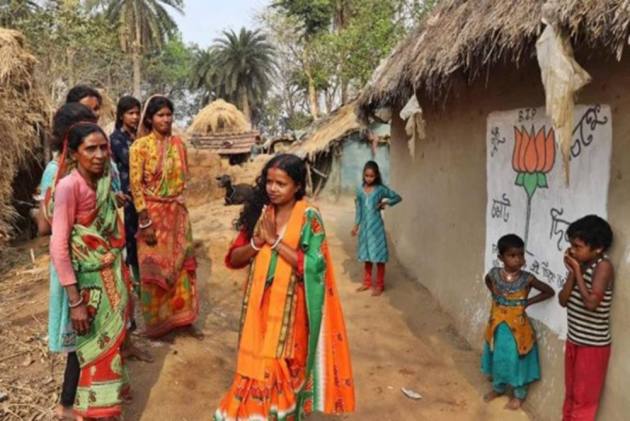 Many a high-profile stalwart of the Bharatiya Janata Party (BJP), including Union minister Babul Supriyo may have bitten the dust in the just-concluded Bengal elections but the wife of a daily-wage earner with negligible resources has fought against all odds to script an extraordinary victory.

In the bitterly-fought contest between Mamata Bannerjee’s Trinamool Congress and the BJP, Chandana Bauri romped home from the Saltora constituency, defeating her Trinamool rival Santosh Kumar Mondol by a margin of more than 4,000 votes.

Chandana lives in a mud house, which has no electricity connection. Her family with no regular sources of income depends primarily on MNREGA wages for livelihood. Her husband happens to be a mason.

As per her election affidavit, Chandana owns assets worth Rs 31.985 while her husband’s assets are valued at Rs 30,311 only. A mother of three children, her family owns three cows and three goats.

But she did not let poverty become an obstacle, as her campaign struck a chord with the voters. Incidentally, few had heard of her even in her constituency when the BJP decided to give her the ticket in March, which left people surprised, including herself. “I had no idea that I would be selected as a candidate in the assembly elections,” she had told an interviewer before filing her nomination. “Many people had encouraged me to apply for a nomination online, but I did not think I would be able to achieve this feat."

At his Bankura rally, Prime minister Narendra Modi had called her ‘Bengal’s hope’. After the rally, Chnadana said that she was honoured to get an opportunity to share the stage with the Prime minister.

Chandana got 91648, 45.28 per cent of the total votes polled while Mondol got 87,503 votes (43.23 per cent) votes in the elections which saw the return of the incumbent Trinamool government led by Chief Mamata Bannerjee for the third consecutive time.

The Saltora Vidhan Sabha seat falls under Bankura district of West Bengal where assembly elections were held in eight phases. The results were declared on May 2.