The ruling YSR Congress in AP had dubbed Andhra Pradesh Assembly Speaker Kodela Siva Prasada Rao a 'thief' who stole the Legislature property, a charge denied by him. 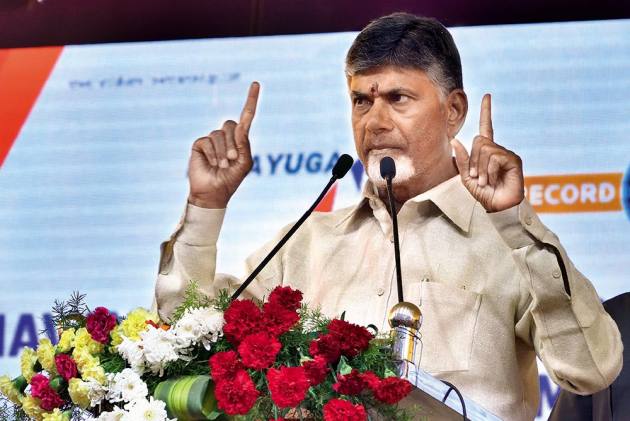 Blaming the YS Jagan Mohan Reddy-led government for the death of Rao, Naidu said, "I have seen 11 chief ministers in my career and I my self have held the post for so many years.

I have never seen such a chief minister ( Jaganmohan Reddy). This (suicide) is nothing but murder by the government. The entire case has to be investigated by the CBI. Intellectuals in this country should debate on the government's attitude," he told reporters here.

Based on eye-witness accounts, Rao was suspected to have committed suicide.

The 72-year old leader was last month slapped with a criminal case by the Andhra Pradesh police for alleged illegal possession of furniture of the assembly.

The ruling YSR Congress in AP had dubbed Kodela a 'thief' who stole the Legislature property, a charge denied by him.

Hitting out at the AP government, Naidu said that nineteen "baseless and unfounded" cases including some related to extortion and breach of trust were foisted against the family members of the departed leader, violating Supreme Court guidelines, which mandates an inquiry before filing such cases.

According to Naidu, the furniture missing case filed against the former speaker was "petty" in nature and the Guntur police booked a case under Section 409 (Criminal breach of trust by public servant ).

The former AP Chief Minister said Rao wrote two letters to the Assembly Secretary to take back the furniture he kept in his camp office in June and also in August.

However, the state government chose to file a case against him, he alleged.

"Right from constable to the DGP and everybody in the government whoever filed and is dealing with these ( cases against Rao) became spineless," he said.

The government abetted the suicide and it is a clear case study on "vindictive politics," which people of the State should be made aware of, he said.

Meanwhile, Naidu paid homage to the departed leader at TDP headquarters before it was taken to Guntur in Andhra Pradesh to be kept at the party's office for people to pay
tribute.

A six-time MLA from Guntur district, Rao was the Andhra assembly Speaker from 2014 to 2019.