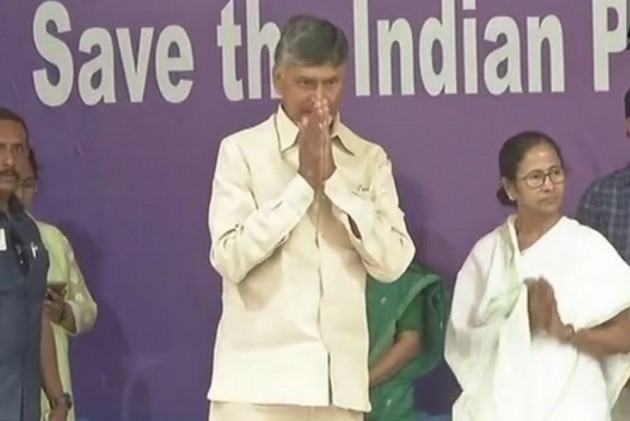 According to a highly-placed source in the Andhra Pradesh government, Naidu will arrive in Kolkata on Wednesday morning and participate in two campaign rallies of Banerjee -- one scheduled at Jhargram and the second at Haldia.

After spending Wednesday night at Haldia, Naidu, who is also the Telegu Desam Party president, will address another campaign rally at Kharagpur the next day.

After the meeting in Kharagpur, both the chief ministers will head towards Kolkata where they are likely to have a closed-door meeting on Thursday evening. Naidu is scheduled to leave that night itself, the source said.

Naidu shares a very cordial relationship with the Trinamool Congress supremo. He had joined the Trinamool Congress' mega opposition rally here in January and visited Banerjee during her dharna in February against CBI's attempt to question the Kolkata Police chief in connection with chit fund scams.

Banerjee had also participated in a political rally organised by Naidu in Vizag.