The Changing, Unchanging Contours Of Some Key Indian Policies

Food, safe options for family planning and the right to quality education are some of the development goals of every nation. Experts closely involved in these areas, including in policymaking, share glimpses of the journey so far. 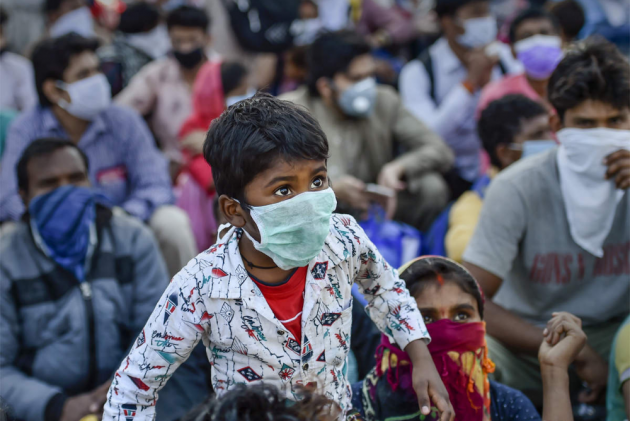 Since independence, several development goals have been set. Many within and outside the government have been involved in the journey to realize these objectives. Irrespective of the political parties at the helm of affairs, both central and state governments have strived to push ahead with various development agendas - some better than others. Not everything envisaged in India’s five-year plans, discontinued with the dissolution of the Planning Commission, has moved forward as desired, leading to the push for rights-based policies and legislations. Three experts recall the progress and setbacks over the last several decades to ensure food for the poor, give people a choice in family planning and also ensure quality education for their children.

The success of family planning despite glitches

Mahalaya: An Amalgamation Of Hope and Nostalgia

We were the first country to include family planning in our developmental agenda. It has remained a priority programme throughout these years and is an integral part of the national health programme. Of course, it gets implemented with different focus and intensity.

After 1994, when India gave a commitment to the Rights of Sexual and Reproductive Health of individuals at the International Conference of Population and Development, the programme became even more right based. It became known as the voluntary family planning programme, moving away from its brief history of forced family planning. In the last 25 years, I have seen that at the top level in regards to the Government of India there has been a commitment to provide quality and voluntary family planning services. There continues to be a huge demand, and there is so much need that is unmet that there are pressures for improvement.

On the ground, in states where health infrastructure itself is very weak, that's where the programme has not achieved as much as it could have achieved. The best indicator of the success of family planning is the family size. In the southern states and also in some of the northern states, the fertility rates have declined and the average family size is one or two children.

This is partly due to very good grassroots planning and better accessibility. In the southern states, the success was due to ensuring a very good sterilization programme.

Actually India's family planning programme used to be, until some years ago, very much dependent on sterilization also. There is still a lot of unmet need. Women also wanted to be sterilized because of early marriages and early pregnancies, they wanted to complete the family size in their mid-20s. The recent amendment in the abortion law allowing it till 24 weeks is going to help women greatly by ensuring safe abortion.

Evolution Of PDS To Right To Food

The PDS system was started at a time of food shortage after the Bengal famine. In independent India, it got a boost in the 60s, when the Food Corporation of India was formed. It truly flowered then because the linkage between farmers and consumers was completed with the government doing proper open-ended procurement. This, in a sense, was very, very critical.

The farmer-consumer link is what got the public distribution system going so far with the government buying food grains at higher prices from farmers, and subsidizing supply to poor people.

Earlier there was universal PDS with sugar and kerosene being supplied alongside foodgrains. A unique feature of the universal PDS is that it was essentially a space where people from all social classes could meet.

Over a period, the PDS was reduced to a system that would serve only the very poor and therefore it became a very poor system. It is the National Food Security Act and the right to food campaign (from 1999) and the Supreme Court order in 2001, which really restored the status by making the Right to Food a fundamental right.

The Supreme Court order converting what was a scheme or a program that could be tinkered with by the government, by linking it to the fundamental right to life ( Article 21), was a game changer. And the other game-changer was, of course, the legislation of the National Food Security Act. However, since 2014, there has been a steady decline in the PDS for many reasons.

One is that, while a lot of state governments have invested heavily in the PDS, the central government has not done so. Today, PDS works better where the state government is subsidizing it as the central government has not even inflation could adjust it for the last 12 years or so. Rather, it has not even adjusted it to population estimates, which rises every year. Further, the PDS has not been expanded to include pulses or other things which could have addressed nutrition questions. So, we are seeing a fallback on the nutrition issue, particularly post COVID.

Unmet needs of education and literacy

The Right to Education is important, but on paper, there are two flaws. One is that we don't spend enough on education. We should be spending 6 per cent of our GDP on education, but we spend hardly 3 per cent. Then, as proposed in our earlier plans, we should be spending about 60% of the education budget on salaries and the rest on training, on quality management, and if required on uniforms, books, blackboards, etc. But around 90 per cent of the funds go on the salaries of teachers, many of whom are not teaching. So, education is in a very bad shape in India. In terms of literacy, we have not made as much headway as we should have. The sad fact is that if you can write your name and can recognize letters, it is defined as literacy, which is not good. Also, we have opened a very large number of universities and colleges, etc. Though we are increasing the number of graduates and postgraduates, there is no quality as even people with PhDs strive for jobs. We should be resizing skill building but that is not being done. We need to redefine literacy and improve the quality of education. Today instead of more people getting jobs, the total number of people who are in jobs is almost constant.

The education policy may look all right on paper, but how it is being implemented is more important. If we look at the annual ASER Report over the last 20 years, we find that many students of class five cannot even do subtraction or read the textbooks of class two.

For improving the quality of education there has to be constant monitoring, at least quarterly, right from school level to monitor progress in what the child is learning. The report should be sent to the parent also. Depending on the learning outcomes, the schools should be graded. The emerging picture currently is a bit disappointing.

The amendments in the education policy over the years by doing away with examinations in the junior and middle school and no test of quality has been the biggest flaw in our policy.