It was the criminal lack of warning systems on these projects and the deadly impact of climate change that led to the unforgivable agony of our citizens. 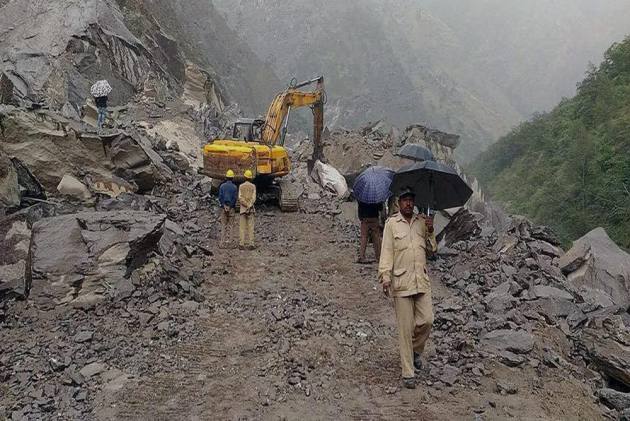 The agony of seeing one’s death approach by the second in foaming, roaring wall of dark water while trapped atop the narrow ledge of a dam barrage and then being hurtled down with the deluge while it lashes that last refuge is not easily conceivable.

Neither is the horror of a slow death in a tunnel filled with sludge and debris in a world gone black.  The intensity of pain of the father and sister who wait for the bulldozers to excavate the living – or the dead – should shake each of us to the core.  The criminal lack of warning systems on these projects, the deadly impact of climate change, the unforgivable agony of our citizens: all these warranted a profound introspection. Yet, while the nation and the world were yet under the shock of the February 7 glacial break; when it seemed that the mighty Himalayas were literally buckling under the immense pressure of human interference, our politicians while speaking in Parliament about the Chardham Pariyojana showed scant regard for the destruction it was wreaking in the fragile Himalayas.

The “web” of roads in Uttarakhand that were being boasted about with the 900km long CDP as the main feature has triggered 161 landslides/slope failures on just three of the five stretches of the CDP (data submitted by MoRTH).  It will officially fell 56,000 Himalayan trees when completed.  Given the massive slope failures triggered by the widely adopted and illegal vertical cuts, one imagines this figure will rise substantially.

When citizens who filed a PIL three years back, against the blanket widening, they had warned of this very eventuality. Their PIL read, “Any further cutting of the mountain base for widening or tree felling would cause unprecedented activation of landslides which could block even the existing highway, thus being counter-productive even for the normal traffic flow. Moreover, this would adversely impact the local livelihood, local daily life and transport for the border security-related vehicles."

“This blind blanket widening of entire 900 km stretch is not only unnecessary but an act to make this entire area prone to landslides and disasters." At the time MoRTH dismissed it with nonchalance. In its affidavit dated 17.03.2018, MoRTH stated, "It is a statement of general nature. No specific issue has been raised, hence needs no comment. However, it is emphasized that any road construction activity has to be associated with slope stabilization with side and toe walls as per site conditions.”

Two years and much irreversible damage later, MoRTH has been forced to assure: “Also a committee has been constituted by MoRTH under the Chairmanship of Adl. Director General, MoRTH and with members from State PWD, BRO, NHIDCL and GSI to formulate permanent landslide mitigation strategy on various locations/stretches.”

On Feburary11, in our Parliament, our MP and minister displayed a lack not only of fundamental facts of this Rs 12,000 crore project but an appalling lack of concern given the disasters tearing through the valleys of Uttarakhand on a regular basis.

It began with the MP ruing the fact that a historic 20 m wide superhighway was being reduced to 5.5m by the Supreme Court due to vague environmental concerns. He earnestly hoped that the minister concerned would fight this deprivation. It does not matter that the proposed width was 10m (double lane paved shoulder, DL-PS) not 20m which was the “right of way” or total land acquired for cutting – we assume the minister did not know this as it stood uncorrected, the minister instead launched into the great anticipated benefit of year-round tourism in place of the current 6-month yatra season. The 400 per cent increase in black carbon deposit recently detected on the Gangotri glacier is obviously of no concern. That the ecologically pristine valleys of the Char Dham desperately need these six months to restore themselves and are traditionally a period of rest even for the shrine deities also hold no importance before the lure of economic gain.

The minister chuckled that the high-powered committee (HPC) constituted by the Supreme Court to review this damaging project and “bring it into conformity with the Himalayan terrain” had split in its decision on road width with all the 21 members on one side and the chairman on the other. The actual fact is that the voting went 5-13, and the so called majority of 13 were all government employees or related to government-run institutions. Even more damning is the fact that the 5.5m width supported by the minority of the chairman and four members was in fact also the width specified by MoRTH itself in a 2018 circular. This circular addressing the destabilizing of slopes and felling of precious trees by the DL-PS width amended it to 5.5m for hilly terrain!  The ministry itself had arrived at the exact conclusion of the chairman-led minority two years back!  This vital circular was concealed from the HPC till after the voting had taken place.  And so it would have remained except that it was fortuitously discovered but only after the voting.

The minister makes mention of 53 “packages’ of the CDP”.  What he fails to state is that this single linear project was deliberately broken into 53 projects to dodge an environmental impact assessment. This too was rectified by the Supreme Court via the PIL by ordering an EIA study while forming the HPC.

Lastly, the “strategic importance” of the CDP was brought in.  It stands to the basic reason that a wide road full of landslides and slope failures, a disaster-prone road, will harm our defence preparedness. The minority stated, “From a point of view of defence preparedness a disaster-resilient road is much more critical than a DL-PS road that is prone to frequent blockages, landslides and recurring slope failures.”   The recent glacial outbreak which resulted in the loss of connectivity to the border illustrates the point.

Pictures of trees rolling down slopes due to tonnes of illegally dumped muck collapsed forest cover beyond the acquired land, debris-filled waterways, were also ignored by the minister as he glibly talked of afforestation and green expressways.

Certainly, it is not a super-wide highway with traffic racing to our remote glacial zones in record time, blazing a trail of falling slopes, landslides and uprooted trees that is the cry of our nation – but just a drop of accountability, a pause for thought, a pang of fear, as to the record time in which Nature destroys.

(The author is a head member of Ganga Ahvaan, a citizen forum working towards conservation of the Ganga and the Himalayas. She initiated the movement of conserving the last pristine stretch of the Ganga - from Ganogtri to Uttarkashi which is now Bhagirathi eco-sensitive zone. A resident of this ESZ, Priyadarshini Patel is currently working towards eco-friendly, sustainable developmental initiatives in the valley.)