While the Congress high command finalises a blueprint for ending the internal crisis in Rajasthan, sources say a second attempt at ironing out the mess in Chhattisgarh may be made next month. 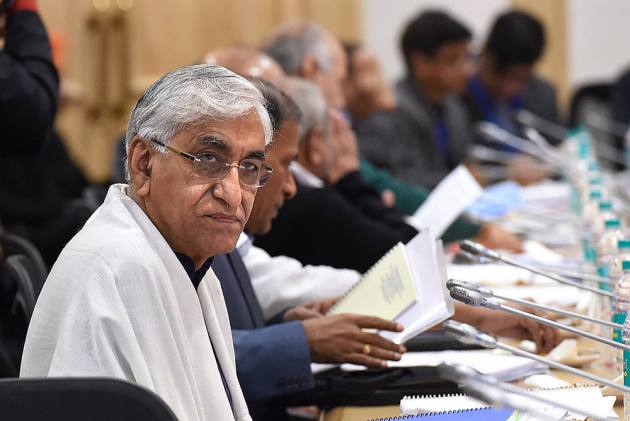 Awaiting the impact of its truce plan in Punjab while simultaneously trying to end the factional discord within the party’s Rajasthan unit, the Congress high command now has another troubleshooting task in Chhattisgarh. Weeks after interim Congress chief Sonia Gandhi and former party president Rahul Gandhi had intervened to put an end to the power tussle between Chhattisgarh chief minister Bhupesh Baghel and the state’s health minister T.S. Singh Deo, a fresh crisis has erupted in the party’s state government.

On Tuesday, Deo walked out of the Chhattisgarh Vidhan Sabha proceedings demanding a “clear statement” from the Baghel-led government over fellow Congress MLA Brihaspat Singh’s explosive claim that the health minister had tried to have him killed. Singh, a tribal, is the Congress MLA from Ramanujganj constituency in Chhattisgarh’s Balrampur district, which falls under the political fief of Deo, the titular ruler of Sarguja.

On July 24, while on a visit to Ambikapur, Singh’s convoy was attacked by alleged Congress workers. At the time of the incident, it was reported that some youth were angry at the MLA’s convoy overtaking their vehicle following which they intercepted the escort car, smashed its windshield and got into a scuffle with the Singh’s security personnel. While the police initially termed it a case of road rage, the Ramanujganj legislator alleged that the attackers were sent by Deo. An FIR was then lodged under various sections of the Indian Penal Code and the SC/ST (Prevention of Atrocities) Act, naming Sachin Singh Deo, a relative of the health minister, and others as the accused.

A day later, Singh addressed a press conference in Raipur with nearly 20 other Congress MLAs, all Baghel-loyalists, in attendance. At the media briefing, Singh said Deo was trying to have him murdered because he had praised Baghel. “Get me killed if you (Deo) want to, become the CM if you want to, but tell me what is my fault… I am an Adivasi MLA fighting for the development of my constituency. I am a supporter of the Congress and I am with Bhupesh Baghel because he is doing good work,” Singh said.

While Deo brushed aside Singh’s allegations as an “emotional outburst”, sources say several party MLAs close to the CM made derogatory attacks against him at a meeting of Congress legislators called by Baghel, on Sunday, in which PL Punia, the party’s national general secretary in-charge of Chhattisgarh, was also present. Subsequently, on Monday, Baghel called some of the party MLAs, including Deo, for a meeting in his official chamber where allegations against the health minister flew thick and fast once again, say sources.

On Tuesday, Deo told the Vidhan Sabha, “I do not consider myself eligible to participate in the proceedings... I do not find myself worthy to be part of the session of this House until the government orders an inquiry or issues a statement” on whether it supports or disagrees with the comments made against him by Singh. Deo then walked out of the assembly.

Congress sources say the events of the past four days cannot be seen in isolation and are, in fact, an extension of the widening rift between Baghel and Deo, both of whom were in the running to become CM of Chhattisgarh when the party won a landslide in the December 2018 assembly polls. To break the stalemate, then Congress president Rahul Gandhi had reportedly suggested a formula to Baghel and Deo wherein both would serve as CM for 2.5 years each. Those close to Deo claim that Baghel reneged on the deal after he completed his 2.5 years in office earlier this month and got the blessings of the Congress high command to continue in office.

Sources close to Deo say that he had anticipated in December 2018 that Baghel will not keep his word. “When Rahul had suggested the ‘2.5 year formula’, Deo had requested to be given the first 2.5 years but Baghel succeeded in convincing Rahul that since he was the Chhattisgarh Congress chief at the time of the 2018 victory, he should be made CM first. Rahul agreed with Baghel but assured Deo that he will be made the CM in mid-2021,” says a confidante of the Sarguja royal.

The friction between Baghel and Deo began increasing during the Covid pandemic, says a party leader. “As health minister, Deo was responsible for day-to-day management of Covid-related medical arrangements and he did an exceptional job. From increasing the patient admission capacity of Covid-dedicated hospitals to ensuring the availability of oxygen cylinders and life-saving drugs, Deo was working round-the-clock. However, Baghel walked away with the credit for every good initiative while any failure was stacked up at Deo’s doorstep. Things came to such a pass by the second Covid wave this year that decisions regarding the health ministry were taken in the CM Office with Deo not even being informed about them,” says a party leader. Last month Deo publicly disagreed with Baghel’s plans to allow private hospitals to open branches in rural areas and be rewarded with several incentives for doing so. Deo said the new health policy was neither discussed in the cabinet nor with him, even though he is the state’s health minister. He has maintained that he cannot support Baghel’s pro-corporate health policy and would rather prefer strengthening the existing government-run health infrastructure in the rural areas of tribal-dominated Chhattisgarh. After their differences over the health policy spilt out in the open, Baghel and Deo were summoned to Delhi by the party high command. Contrary to Deo’s expectations, sources say the Gandhis – Sonia, Rahul and Priyanka Gandhi Vadra – rallied behind Baghel.

Baghel has, in recent years, endeared himself to the Gandhi siblings. During the recent Assam assembly polls, Baghel was handpicked by Rahul and Priyanka to act as party’s senior observer. Despite his chief ministerial duties, Baghel had camped in Assam for over a month and deputed over 700 party workers and aides from Chhattisgarh in Assam for poll management. Though his efforts failed miserably in ensuring a Congress victory, sources say Baghel succeeded in earning the trust of Rahul and Priyanka owing to his “hard work and commitment to their vision for the party”. It is not lost on Congress members that during his media statements, Rahul routinely singles out Baghel among the other two chief ministers from his party – Amarinder Singh and Ashok Gehlot – for high praise.

That the Gandhis sided with Baghel during the meeting that the two warring Chhattisgarh satraps had in early July, should have not surprised Deo. What irked him more, say those close to the Sarguja royal, was Baghel and Punia’s statement that talk of Rahul’s 2.5 year power-sharing formula is nothing more than an imaginative spin. “These things happen in coalition governments and we have an absolute majority of our own… where is the question of a 2.5 year power sharing formula,” Baghel had said.

Congress sources say Baghel has, in the past two years, taken a leaf out of Ashok Gehlot’s book on handling Sachin Pilot’s dissent. “Just as Gehlot reached out to appropriate Pilot supporters, Baghel has done the same with Deo in Chhattisgarh. Several MLAs who were once loyal to Baba (Deo’s popular appellation across Chhattisgarh) are now firmly with Baghel. Given the changed arithmetic, Baba’s support base within the legislative party has depleted and this makes a change of leadership in Chhattisgarh even more improbable at the moment,” says a state Congress leader.

While the Congress high command is presently finalising a blueprint for ending the internal squabbles between Gehlot and Pilot in Rajasthan, sources say a second attempt at ironing out the mess in Chhattisgarh may be made next month. A section of party leaders says that though it is unlikely for Baghel to be replaced, the Gandhis may not want to trigger a rebellion by Deo, who is seen in Chhattisgarh as a ‘gentleman politician and dyed-in-wool Congressman loyal to the Gandhis’. A compromise, if any, says a leader, could be Baghel’s elevation as one of the party’s national general secretaries when the much-awaited AICC reshuffle takes place, tentatively towards August-end. “Baghel was Rahul’s pointsman for the Assam campaign even though this wasn’t a Hindi-speaking state. With assembly polls due in UP, which is a Hindi-speaking state and has an electorally crucial OBC vote bank (Baghel is also an OBC), Rahul may want a man he trusts to take charge of the state as a deputy to Priyanka. This would possibly be the only way to take Baghel out of Chhattisgarh as he will gladly take up the chance to work even more closely with the Gandhi siblings,” says a Chhattisgarh Congress veteran.

While all this may still be in the realm of speculation, any ceasefire agreement in Chhattisgarh Congress will have to be worked out keeping Deo in mind too and the Sarguja royal is, for now, keeping a studied silence on his next move. Will he be another Jyotiraditya Scindia or will he emulate the more patient Sachin Pilot or will Chhattisgarh’s gentleman politician evolve into a tantrum-throwing Sidhu to extract his pound of flesh?