A group of Maoists chopped off an inspector’s hand before killing him and then fled the scene with bulletproof jackets, guns, ammunition, as well as his shoes. 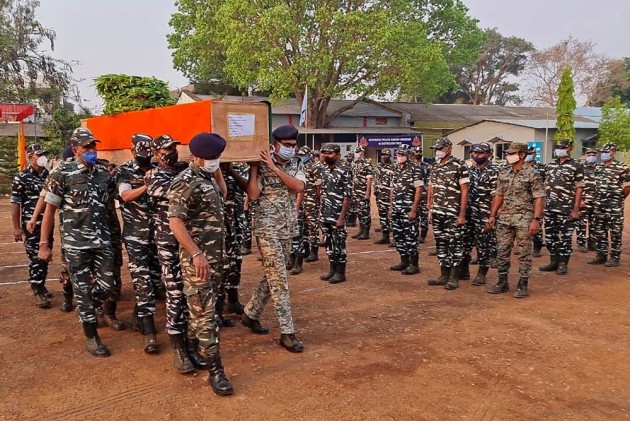 In a violent face-off between Naxals and security forces in the Sukma district of Chhattisgarh, at least 22 jawans were killed, while 31 others have been injured and one is still missing. According to latest reports on the encounter, a group of Maoists chopped off an inspector’s hand before killing him and then fled the scene with bulletproof jackets, guns, ammunition, as well as his shoes.

An intel report received by India Today quoted an official speaking about the presence of Maoist leader Hidma in the area. The anti-insurgency operations were launched on the basis of these intelligence inputs. “This could be a trap as the Maoists were ready with a counter operation…Within no time, they launched a counter-offensive,” a source told India Today.

“Some of the security personnel have died because of dehydration. An inspector’s hand was cut before he got killed,” he said and added that after attacking security personnel during an encounter, Naxals decamped with weapons from the dead soldiers.

“It is rare for such specific and accurate human and technical intelligence. It is a big deal if it comes true. Maoist presence in the area ready for a counter-attack makes it look like a trap now,” reported India Today quoting an official privy.

The fierce four-hour long encounter took place in the forests of South Bastar on Saturday. While 5 jawans were martyred last evening, 21 were still missing till Sunday afternoon. News channels showed that aerial surveillance was underway to find the whereabouts of the missing jawans.

The bodies of 15 Naxals were also recovered from the encounter site while 20 were injured.

Meanwhile, Union Home Minister Amit Shah cut short his poll campaign in Assam to return to Delhi and review the situation in Chhattisgarh in a high-level meet.

“Casualties from the Naxal attack in Chhattisgarh yet to be ascertained, search operations are on,” he said.