CRPF commando Rakeshwar Singh Minhas has been missing ever since an encounter broke out between security personnel and Maoists in Chhattisgarh on Saturday. 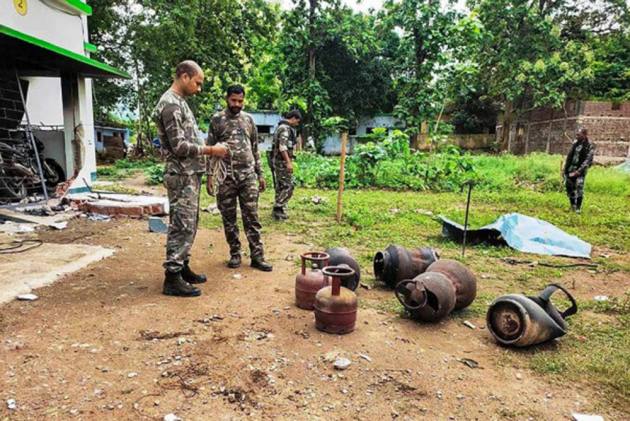 The last 48 hours have been filled with trauma and agony for family members of CRPF constable Rakeshwar Singh Minhas. He has been missing ever since an encounter broke out between security personnel and Maoists in Chhattisgarh on Saturday.

A fierce exchange of gunfire took place in a forest along the border of Bijapur-Sukma districts of the state on Saturday resulting in the death of 22 jawans, police said. As many as 30 security personnel were also injured during the three-hour-long encounter.

For Minhas’ family, every minute now swings between hope and despair.

CRPF Jawans Were 'Surprised And Ambushed' After 400 Maoists Surrounded Them

"He called me on Friday and informed that he is going for an operation. It sounded like any normal, routine operation. Rakeshwar said he is packing his food and will be back a day after and will call once he returns. I am still waiting for that call," said Meenu Minhas, wife of the missing jawan.

Minhas is believed to be in Naxal custody, a claim that is being ascertained by security agencies. His brother-in-law Vikrant Singh said his sister received a call from a person who identified himself as a local reporter and said that the Naxals have told him that Minhas is in their "custody" and is safe.

"A person identifying himself as a reporter of a local TV channel in Chhattisgarh called my sister, yesterday. Don't know how he got her number but it lends credence to the claim of the Naxals. I picked up the call and the ‘reporter’ said he has spoken to the Naxals and that Minhas is in their custody. He said the Naxals told him that they will free him if they get something in return from the government. I don’t know what they want from the government, but I wish the authorities hold talks with the Naxals and free Minhas,” Vikrant Singh said.

Commando Minhas, a resident of Barnai located in the outskirts of Jammu city, belongs to the 210th CoBRA battalion.

He and Meenu have been married for 10 years. The couple have a five-year-old son, who has been in shock ever since visitors flocked to their house, wailing for Minhas.

My husband has taken part in many operations and has served the country for a long time. Now, it’s time for the nation to fight for him, said Meenu.

"After receiving that call from the local reporter I am sure my husband is in their custody. It's the government’s and the CRPF’s responsibility to bring him back,” Meenu said.

Meanwhile, Minhas’ relatives have pinned their hopes on Prime Minister Narendra Modi to free him.

Family members say they have been consistently calling the CRPF headquarters to know about his whereabouts but haven't received any credible answer. They say the local units still don't have any proper information.