Firearm and large quantity of explosive materials were also seized. 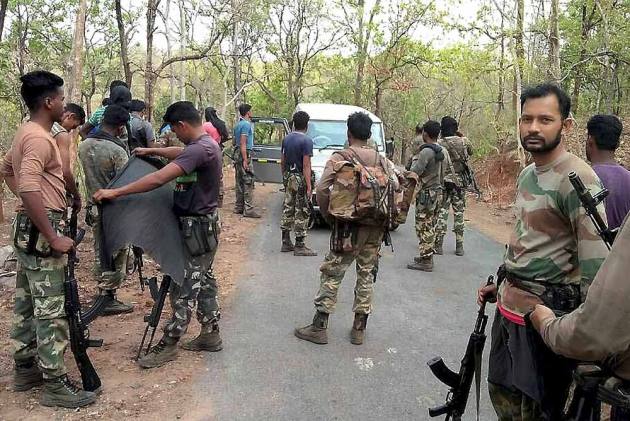 A Naxal was killed in an encounter with security forces in Chhattisgarh's insurgency-hit Bijapur district on Friday, police said.

The skirmish took place around 12.30 pm in a forest under Gangaloor police station area, where joint teams of security forces were on an anti-Naxal operation, inspector general of police (Bastar range) Sundarraj P told PTI.

Personnel from the District Reserve Guard (DRG), Central Reserve Police Force (CRPF) and its elite unit CoBRA were involved in the operation, he said.

The gunfight broke out when a patrolling team of the DRG was cordoning off a forest near Hakwa village, he said.

After the firing stopped, the body of an ultra identified as Arjun, a militia platoon commander in Gangaloor area committee of Maoists, was recovered from the spot, he said.

A firearm and a large quantity of explosive materials were also seized, he said, adding that a search operation was still underway in the area, the official added.

Arjun was allegedly involved in the recent civilian killings in Gangaloor, Mirtur and Bhairamgarh areas of Bijapur, he said.

Reinforcement has been sent to the nearby forests to trace the ultras who escaped after the gun battle, the official added.