The Army Chief Gen MM Naravane’s visit has come in the backdrop of its prolonged military standoff with China in the mountainous region. 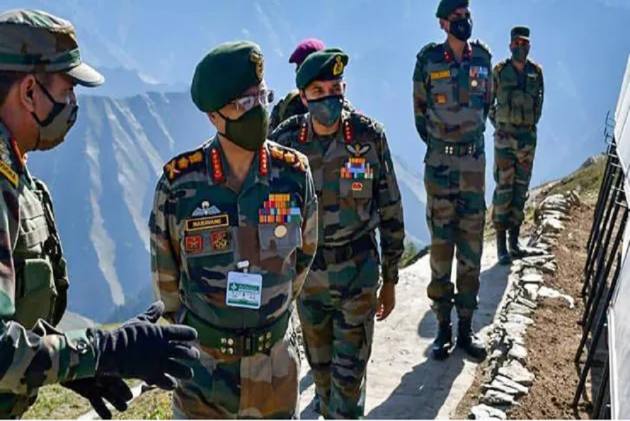 The Army Chief’s visit has come in the backdrop of its prolonged military standoff with China in the mountainous region.

Gen Naravane was given a detailed briefing about the overall situation in the region at the headquarters of the 14 Corps, popularly known as the 'Fire and Fury Corps', that takes care of guarding the Line of Actual Control (LAC) with China in the Ladakh region, officials said.

On the first day of his two-day tour of the region, Gen Naravane visited the strategically sensitive Rezang-La area and visited a war-memorial there to pay homage to the soldiers who laid down their lives in defending the country, they said.

The Chief of Army Staff also called on Lieutenant Governor of Ladakh, Radha Krishna Mathur, and discussed the prevailing security scenario in the Union Territory.

"Gen Naravane visited several forward areas in eastern Ladakh where he was briefed on the prevailing security situation and operational preparedness. He also interacted with the troops and complimented them for their resoluteness and high morale," an Army spokesperson said.

His visit to the region came a day after he said that the "unprecedented" military standoff with China required an immediate response and large-scale mobilisation of resources at a time when the country was faced with the coronavirus pandemic.

"The unprecedented developments necessitated large scale resource mobilisation, orchestration of forces and immediate response, all this in a Covid-infested environment," he said while delivering a lecture at an industry chamber on Thursday.

Also on Thursday, India hit out at China for attempting to blame it for the border row and asserted that the "provocative" behaviour and "unilateral" attempts by the Chinese military to alter the status quo along the LAC in the region seriously disturbed peace and tranquillity.

The comments by External Affairs Ministry Spokesperson Arindam Bagchi came in response to China's fresh allegations that the "root cause" of the tensions between the two countries was New Delhi following a "forward policy" and "illegally" encroaching Chinese territory.

The border standoff between the Indian and Chinese militaries erupted on May 5 last year in eastern Ladakh following a violent clash in the Pangong lake area.

As a result of a series of military and diplomatic talks, the two sides completed the disengagement process in the Gogra area last month.

In February, the two sides completed the withdrawal of troops and weapons from the north and south banks of the Pangong lake in line with an agreement on disengagement.