The Akhil Bharat Hindu Mahasabha (ABHM)’s National Secretary, Puja Shakun Pandey said that this was a step to motivate Hindus and empower them, especially the younger generation, with knives to protect themselves. 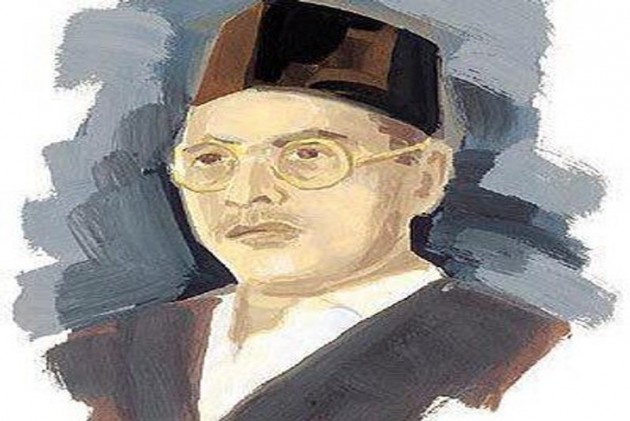 The Akhil Bharat Hindu Mahasabha (ABHM) distributed knives among students of class 10 to 12, to commemorate the birth anniversary of Hindu Mahasabha leader, Vinayak Damodar Savarkar on Tuesday, its spokesperson said.

He further said: "Modiji has fulfilled the first part of his dream with his landslide victory in Lok Sabha polls. We are now fulfilling the other part by distributing knives and creating Hindu soldiers. If Hindus want to protect themselves and their nation, they should learn how to use weapons."

Mahasabha's National Secretary, Puja Shakun Pandey said that this was a step to motivate Hindus and empower them, especially the younger generation, with knives to protect themselves.

Puja Shakun Pandey made headlines earlier this year, when she posed for photographs with a pistol in hand shooting at an effigy of Mahatma Gandhi.

She told reporters, that she had distributed the knives, along with a copy of the Bhagwad Geeta, to minor children, who have achieved good results in their exams, because she wanted them to know when and why the weapon should be used.

"I want them to feel strong and independent, and to protect to their sisters and family members," she said.

She said that there were lots of cases of crime against women and girls, and they should also be trained to use knives for their protection.