The proposal to designate Azhar under the 1267 Al Qaeda Sanctions Committee of the UN Security Council was moved by France, the UK and the US on February 27, days after the Pulwama attack 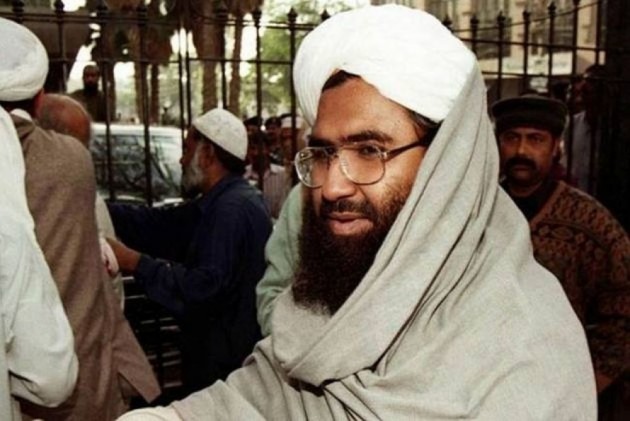 For the fourth time, China blocked a bid in the UN Security Council to designate Pakistan-based terror group Jaish-e-Mohammed's chief Masood Azhar as a "global terrorist" by putting a technical hold on the proposal on Wednesday, a move India termed as disappointing.

The proposal to designate Azhar under the 1267 Al Qaeda Sanctions Committee of the UN Security Council was moved by France, the UK and the US on February 27, days after a suicide bomber of the Jaish-e-Mohammed (JeM) killed 40 CRPF soldiers in Jammu and Kashmir's Pulwama, leading to a flare-up in tensions between India and Pakistan.

The Al Qaeda Sanctions Committee members had 10 working days to raise any objections to the proposal. The no-objection period deadline was scheduled to end at 3 PM local time (New York) Wednesday, (12:30 AM IST Thursday).

Ahead Of UNSC Meet, US Says Masood Azhar A Global Terrorist

Just before the deadline, China put a "technical hold" on the proposal, a diplomat at the UN told PTI.

The diplomat said China asked for "more time to examine" the proposal.

The technical hold is valid for up to six months and it can be again extended by up to three months.

Reacting to the development, the Ministry of External Affairs (MEA) in New Delhi expressed disappointment.

"We are disappointed. We will continue to pursue all available avenues to ensure that terrorists involved in attacks on Indian citizens are brought to justice," the MEA said.

"We are grateful to all countries who supported the bid to designate Azhar as global terrorist," it said.

India's Ambassador and Permanent Representative to the United Nations Syed Akbaruddin said in a tweet: "Big,Small & Many...1 big state holds up, again...1 small signal @UN against terror. Grateful to the many states - big & small - who in unprecedented numbers, joined as co-sponsors of the effort."

Grateful to the many states - big & small - who in unprecedented numbers, joined as co-sponsors of the effort. ðÂÂÂÂÂÂðÂÂÂÂ½

The proposal was the fourth such bid at the UN in the last 10 years to list Azhar as a global terrorist.

The Committee makes its decisions by consensus of its members.

All eyes were on China, which has in the past blocked India's bids to get Azhar listed as a UN-designated global terrorist thrice.

According to the listing rules of the Al Qaeda Sanctions Committee, if no objection is received by the end of the no-objection period, the decision will be deemed adopted.

As it has done in the past, Beijing put a technical hold on the proposal just as the deadline was about to end.

An inkling of China's stand on the issue came during Foreign Ministry Spokesperson Lu Kang's press conferences on Monday and Wednesday in Beijing when he was asked about the proposal to list Azhar as a global terrorist by the UNSC.

"China will continue to adopt responsible attitude and participate in the deliberations in the UNSC 1267 Committee," Lu said on Wednesday.

On the issue of listing Azhar, he said, "I want to say that China always adopts a responsible attitude, engage in consultations with various parties and properly deal with this issue."

"The discussions, I want to say must follow the rules and procedures of the relevant bodies and only the solution that is acceptable to all sides is conducive for resolving the issue," he said, indicating that Beijing may again block the move to list Azhar as a global terrorist.

According to sources, the statement of the case of the latest proposal by France mentioned that JeM had taken responsibility for the Pulwama suicide attack on February 14 in which 40 Central Reserve Police Force personnel were killed.

The statement also noted that Azhar is a former leader of the terrorist group Harakat al-Mujahadin and he had given a call to volunteers to join the fight in Afghanistan against Western forces.

In 2009, India moved a proposal by itself to designate Azhar. In 2016 again India moved the proposal with the P3 - the United States, the United Kingdom and France in the UN's 1267 Sanctions Committee to ban Azhar, also the mastermind of the attack on the air base in Pathankot in January, 2016.

In 2017, the P3 nations moved a similar proposal again. However, on all occasions China, a veto-wielding permanent member of the UN Security Council, blocked India's proposal from being adopted by the Sanctions Committee.

An assets freeze under the Sanctions Committee requires that all states freeze without delay the funds and other financial assets or economic resources of designated individuals and entities.

Hectic diplomatic and political parleys had preceded the closely-watched March 13 deadline as New Delhi reached out to the UNSC member countries.

In the wake of the Pulwama terror attack, India launched a major diplomatic offensive against Pakistan, holding briefing for envoys of 25 countries, including those from the five permanent UNSC members -- the US, China, Russia, the UK and France -- to highlight Islamabad's role in using terrorism as an instrument of state policy.